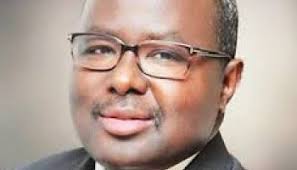 By Sadiq Umar – The Investigative Panel of Inquiry set up to investigate allegations of financial impropriety and abuse of office leveled against the suspended Director-General of the Securities and Exchange Commission (SEC), Mounir Gwarzo, has recommended his immediate dismissal from the public service.

The panel report indicted for Mr. Gwarzo for breaching paragraphs 313 and 316(4) of the Financial Regulations (Government Notice No. 219 of 27th October, 2009) by engaging in extra budgetary expenditure without appropriate approval.

The minister of Finance, Kemi Adeosun who appeared before House of Representatives Tuesday set up the panel last November.

Mrs Adeosun allayed fear that the development could adversely impact on the market, saying however, that the Nigeria’s SEC is at the moment the best performing in the world.

The panel recommended that Mr Gwarzo be referred to the Independent Corrupt Practices and other related offences Commission (ICPC), for further investigation for allegedly using his position to influence the award of contracts to a company he has personal interest.

The panel, headed by the permanent secretary, Federal Ministry of Finance, Mahmoud Isa-Dutse, also recommended that Mr. Gwarzo to refund about N104.9 million allegedly collected illegally as severance package while still in office.

The embattled D.G had denied all the allegations, insisting that he was being punished after refusing Mrs. Adeosun’s directive to suspend investigation of fraud into Oando Oil Company.

On Tuesday, a public hearing into Mr. Gwarzo’s suspension and allegation against the minister opened at the House of Representatives.

The report is expected to the forwarded to President Muhammadu Buhari.