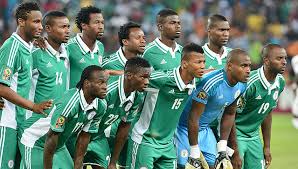 By Nuel Suji – The home-based Super Eagles Sunday night beat their Angolan counterparts to the semifinal ticket at the ongoing African Nations Championships.

The Eagles won after a precise goal from Gabriel Okechukwu which came during extra time.

The team will face Sudan which already lost 1-0 to Zambia on Sunday.