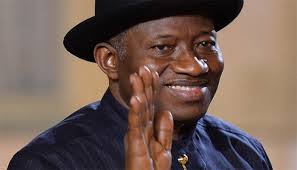 By Dipo Awojobi – The Coalition Against Corrupt Leaders (CACOL), has called on former President Goodluck Jonathan to speak out on the plethora of corruption allegations and charges against his former aides and some of his family members following the anti-corruption war embarked upon by his successor, President Muhammadu Buhari.

Executive Chairman of CACOL, Mr. Debo Adeniran said if the former President holds Nigeria’s interest dearly than whichever interests that he probably intends to protect by his silence, the logical thing is to speak out.

Mr. Adeniran is speaking against the backdrop of the former President’s visit to incumbent President, Muhammadu Buhari on Wednesday at the Presidential villa, when he declined comment on prosecution of many of his former aides.

We wonder how helpful the position of the former President is to the efforts to rid Nigeria of corruption? Or is his position perhaps based on possible culpability in some of the exposed corruption cases?

As a Statesman, a former President and a Nigerian, it should be expected of him to stand clearly without equivocation on the side of the drive against corruption which has been one of the major banes that have stunted the country’s growth and development.”

“The immediate past President, whose regime was and is still being perceived as profoundly corrupt, was reported to have told the media after his meeting with his successor that he was not ready to comment on the various cases of corruption so far instituted against his former ministers and aides by the present administration.

“He was reported to have evaded the question during an interview with State House correspondents. The former President said he would only speak on the corruption cases when all the matters had been resolved in courts.

The CACOL Chief Executive said, “Dr. Goodluck Jonathan was reported to have said that there are too many cases such that it will not be fair to make comments adding he will do so at the appropriate time. This we see as unpatriotic of a Statesman who had been privileged to lead to the country. It would have been Statesmanlike and commendable if the former President expressed outrage over the tons of alleged corrupt acts that were perpetrated under his watch.”

“This his position as a matter of fact is giving more vent and strength to the insinuations that he was directly involved in the corrupt practices that happened during his tenure. Morally, as the Chief Accounting Officer of his regime i.e. person at the desk where the final buck stopped as President and Commander-in-Chief of Armed Forces who superintended over a regime that has been described as the most corrupt in the history of country, the ex-president should have without hesitation clarified his roles during his rule as they relate to the allegations.

This will clearly help the anti-corruption drive and the progress of the country. His refusal to comment is disappointing and sound more like holding the country to ransom or the “catch me, if you can” attitude and amounts to putting the personal interests of a very tiny few who are incurably corrupt over the vast majority and overall National interest.” Adeniran added.

We are advising the former President to speak out to put the interest of country above any other interest. This will be more honourable and will demonstrate his ‘innocence’, sense of patriotism, genuineness and Statesmanship at this stage when the various plagues of corruption have battered our country almost into a pulp.

“The former President should remember that whether he talks now or not, the fight against corruption will continue and progress to fruition. What the people do not know today, they can definitely know tomorrow and by then it will be too late and useless for him to talk considering that he would indirectly have allowed the country to expend unnecessary energy, resources and time before the truth is brought to light. ‘Whatever is done in the dark, shall come light’ as a saying goes.”