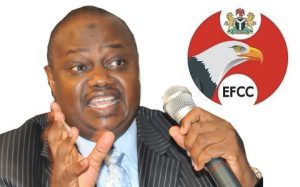 The Federal High Court sitting in Benin City, Edo state, is expected to deliver judgement in the case of N25 billion financial misappropriation and abuse of office trial of Micheal Igbinedion and Charles Eboigbodin, today.

Justice J. Liman had again moved judgment in the N25 billion fraud trial of Igbinedion and Eboigbodin to Monday April 20, 2015, due to the extended Easter break of judges.

A statement from the Economic and Financial Crime Commission (EFCC), issued on Friday, said the new date was communicated to parties concerned as the court failed to sit on Friday, April 17, 2015.

“The  development is coming barely a month after Justice J. Liman promised there would to be no further delay in delivering the ruling  which has suffered several adjournments since January 30, 2015, when the case was first fixed for judgment,” EFCC noted.

It would be recalled that on March 10, 2015, counsel had to re-adopt their earlier adopted written addresses in line with the constitutional provision that, “after 90 days of adopting written  addresses, if judgment is not delivered,  the judge can summon the parties to re-adopt”.