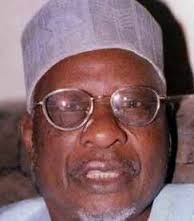 The group commended President Jonathan’s transformation agenda, citing the setting up the Almajiri schools, support for girl childhood education and development of the power sector.

A communique issued at the end of the inaugural meeting of the group in Kaduna and signed by Ambassador Yusuf Mamman, said it was fully committed to supporting the president based on the successes the administration’s has recorded in its past years.

The group “pledges its full support and commitment to work for the success of President Goodluck Jonathan and Vice President Namadi Sambo”.

It said that Nigeria had recorded tremendous success under the present administration, and pledged to work with other Nigerians to thwart the activities of  those dit described as “anti-democratic forces”.

On the issue of the National Conference, the group supported the initiative, saying it would help to strengthen the bond of unity among Nigerians.

“The council noted with concern, the raging insurgency in some parts of the North -East and pledged to mobilise the people to bring about peace to the area,” it stated.