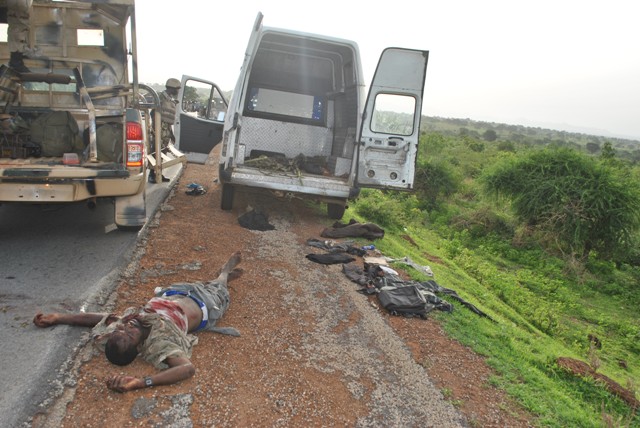 By Sadiq Umar – Nigerian Army say its troops on Friday repelled an attack by Boko Haram insurgents in Kanganwa village in Borno State, killing no fewer than 10 of the terrorists.

Troop came under attack by the Boko Haram fighters at their location in that village but repelled the offensive until the airforce fighter jet moved in to reinforce the ground troops.

The encounter started in the evening of Friday, adding that the insurgents attempted an attack on troops location in Kangarwa village of Kukawa local government, near Lake Chad.

Mr. Usman said troops foiled the attack with the support of the Nigerian Air Force which promptly deployed Intelligence, surveillance and reconnaissance planes.

“The resilient troops repelled the incursion and in the process killed 10 insurgents and wounded several others,” he said.

According to the spokesman, three of the gallant Nigerian soldiers were killed in the encounter.

“Unfortunately, three soldiers paid the supreme price in the course of the encounter, while 27 soldiers sustained various degrees of injuries. The bodies of the gallant soldiers and those injured have since been evacuated for treatment,” Usman added.

The Nigeria military had in December 2016 cleared the Sambisa Forest stronghold of the terrorists, with some of them said to have fled into the cities.

The Nigeria military had established the 119 Battalion and the 133 Special Forces Battalion of 7 Brigade in order to stamp its foothold on the area.