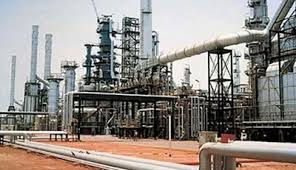 By Nuel Suji, Abuja.
The Senate on Wednesday unanimously agreed to summon the management of the Nigerian National Petroleum Corporation to offer explanation on the state of the nation’s refineries.

The Senate’s decision was sequel to a motion sponsored by Senator Gbenga Ashafa, who‎ asked the upper chamber to urge the government to revamp existing refineries and make them functional.

Ashafa called on government to revamp the railway in order to ease pressure on Nigerian roads, citing the recent Lagos and Onitsha, Anambra State petrol tanker tragedies in which many lives and property were lost as reason.

Speaking in favour of the motion, Senator Olusola Adeyeye prayed the Senate to go beyond urging the government to act but to hold it agencies accountable.

Adeyeye prayed the Senate to summon the NNPC as soon as possible to let Nigerians know the state of the nation’s refineries.

Contributing to the debate on the motion, Senator Gorge Akuume advised that government should deploy the Federal Road Safety Corps to curb accident by petrol tankers in the country.