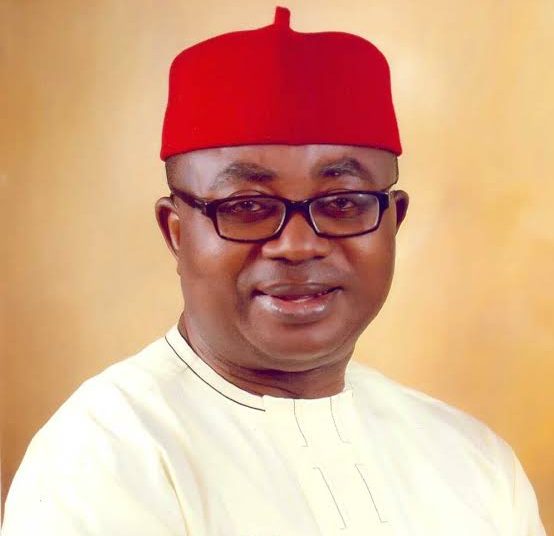 He said it was important for the beneficiaries of such projects to have a change of attitude and maintain them because the projects belong to them.
The two-term lawmaker said the projects being inspected were executed to alleviate the people’s sufferings.
According to him, “The communities have the responsibility to follow through in any project being executed by federal government because it is going to be for their use.

“Whenever they are not satisfied with what is being done, they should point it out so that the contractor can be called to order.
“Why do you think you see buildings that were built in the 19th Century in Europe and America?
“It is because these buildings were being maintained. We can also do the same thing here.”
Mr. Onuigbo inspected projects in the three local government areas that make up his constituency.

Although he expressed satisfaction with the quality of the job done, he advised the contractors to expedite action and also correct some of the errors identified.
The News Agency of Nigeria (NAN) reports that the projects included the Oloko Health Centre in Ikwuano Local Government Area awarded by the Ministry of Niger Delta Affairs.
Others were a three-classroom block at Umuajata Central School, Olokoro, and installation of a new transformer at Umuagu-Nglori, Afugiri in Umuahia South and North council areas, respectively.(nan)