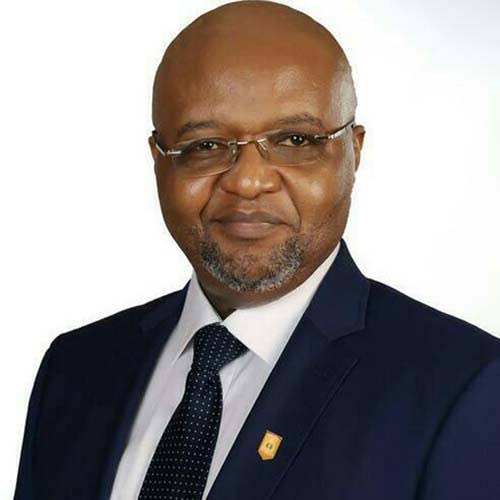 History was made, nearly a decade ago, in the oil and gas and financial services industries, with the simultaneous listing of the ordinary shares of Seplat Petroleum Development Company Plc on the main market of the London Stock Exchange (“LSE”) (LSE:SEPL) and the Nigerian Stock Exchange (“NSE”) (NSE:SEPL). The other leg of Seplat’s bold move was the plan to use the balance of most of the net proceeds of the global offer for acquiring and developing new acquisitions of oil acreages, and/or paying down any additional debts arising therefrom, especially with regards to onshore and shallow offshore acreages, assets and/or joint venture farm-ins. The then fast-growing indigenous oil and gas company, which presented a leading front in oil and gas exploration and production, with a strategic focus on Nigeria, set out to raise at least $500 million through the initial public offer (IPO) that would be used to fully repay its shareholders’ loan of $48 million to Maurel et Prom of France. It was to later acquire 45% participation interest in, and was appointed Operator of, a portfolio of three onshore producing oil and gas leases OML4, 38 and 41. It has more than tripled the operation of these OMLs, since acquisition.

Back in 2014 when this page said that Seplat “enjoys the rare distinction of being the first Nigerian company operating strictly in the upstream oil and gas sector to be simultaneously listed on the London Stock Exchange (LSE), as well as the Nigerian Stock Exchange (NSE),” the celebratory write-up, “Dangote, Seplat and Who Next?” was urging Nigerian big firms to follow bold examples and register viable presence in the global economic space. Seplat’s move was then described as: “…suggestive of not just credibility but pedigree and strategic positioning for global relevance. No company becomes a player in the global business environment because the government likes or dislikes it. It is an inclement environment, where no one gets piggy backed across tough terrains. If anything, those who make it unto the platform must break out of the protection and restricting paradigms of particularistic national economies… the core focus of the strategic footwork is to expand the economic space and create opportunities (not charities) for a mix of competent players.”

One major feature of the global economic space is that it tolerates only serious economic actors and commercial interests with good governance templates. It is for players with proven capacities for creating, drawing and redrawing new boundary lines in product and service quality, as well as service delivery. Seplat’s continued relevance (especially with its 2020 balance sheet) is defined by measurable contributions and verifiable impact. The news is that the company has always had a sound corporate governance framework, as well as an organizational culture that rests squarely on a board of directors and management team with very commendable records. This, perhaps, explains its many successes under the rigorous scrutiny of the UK’s Financial Conduct Authority (FCA). Notwithstanding this fact, the firm was recently in the news over some alleged debt with a related company. The curious thing in the, perhaps contrived, media controversy is that a man who is not owing a company in which he has equity, who received no dividends, who took no pay or loans from the company, who is not part of the board and management and who even lost money in the venture is being arm-twisted to take responsibility for what falls outside his plate. A quoted public liability company is always guided by laws regarding its dealings and relationships with its subsidiaries. The very definition, and treatment, of debt is part of the deal and the courts are looking into the matter.

But Seplat is not new to controversy at all. Relatively early in the life of the company, it was wrongly mentioned in a media report about irregularities in the granting of Pioneer Status Incentive to “undeserving companies by NIPC between 2010 and 2014, leading to a revenue loss of $20 billion.” The authorities looked into the matter and quickly came out with a Statement of Exoneration for Seplat jointly signed by the Nigerian Export Promotion Council (NIPC), the Federal Inland Revenue Service (FIRS), the Ministry of Trade and Industry (MITI), and the Revenue Mobilisation and Fiscal Commission (RMAFC). The processes leading up to the granting of Pioneer Status Incentive to over 400 Nigerian companies, including Seplat, was thereby diligently explained and clarified. The government further showed that the “publication did not distinguish between pioneer status from other forms of fiscal incentives” and that the Pioneer Status Incentives granted to Marginal Oil Field Operators/Nigerians owned oil companies is in line with the Local Content policy of the government to promote Nigerian Content Development, local capacity and capabilities. It noted, further, that there was no loss of $20 billion, describing the figure as unrealistic, purely speculative and lacking in any material basis whatsoever, given the existing financials at the time. The joint statement wondered and noted as follows: “The motive behind the publication is difficult to understand, yet it remains very disturbing when one considers its negative impact on the reputation and integrity of the highly reputable Nigerian company, Messrs Seplat Petroleum Development Company Plc that had attained the enviable status of being listed and successfully trading in the Nigerian and London Stock Exchanges”

For the record, the Approval from the NIPC, regarding the Pioneer Status incentive, was found to have been duly and properly conveyed to Seplat, indicating Corporate Tax Holiday on eligible product/service, for five years. This was also found to have been duly followed by a letter from the FIRS and the Ministry of Trade and Industry conveying same. The application was made in 2013, while the Pioneer Status was granted in February 2014, with the FIRS in tow. Seplat’s credibility has since made substantial mileage from the fact that the savings the company has from tax incentive has been utilized in driving dramatic increase in gas supply to the domestic market, as over $300 million in gas development occurred within the tax holiday period granted by the federal government. The company also recorded substantial increase in oil production, from 14,000 barrels in 2010 to 70,000 in 2015 alone. Add the foregoing to the conspicuous upward movement of Royalty payments from $40 million in 2010, to $145 million in 2014, as well as continued funding of the NPDC/Sepalt JV, despite huge outstanding cash calls. There are also records of job creation and community development, with over 300 new jobs. The multiplier effects of Seplat’s over $700 million which has gone into the system through Nigerian contractors brought in another 1000 jobs. This boils down to aggressive reinvestment of proceeds, significant increase in oil and gas production and the tripling of Royalty and tax payments, as well as, post Pioneer Status.

The company’s 2020 full year financial results show that, notwithstanding the fact that the year was a challenging one, Seplat demonstrated resilience, creative management and an admirable ability to break new grounds, against all odds. Its ability to perform well and deliver relatively above par on production, in line with guidance and despite operating with minimal incidences of COVID-19 cases, say a lot. It is a matter of record that the company invested in Asa North and Ohaji (ANOH) and voluntarily paid down $100 million of debt from the $330 million of cash generated from operations. Seplat’s current sheets shows an increase in capital investment, despite facing the lowest oil prices in its 10-year history. It has not yet failed to honour its commitment to shareholders, ensuring a regular income stream on their investment and maintaining shareholder trust and loyalty.

Among other things, the company has final dividend of $0.05 per share recommended ($0.10/share for full year), operating profit of $121 million (before non-cash impairments and unrealized fair value losses), a strong cash position of $259 million after $100 million RCF repayment, among other positives. The other positives include liquids production of 33,714 bopd, gas production of 101 MMscfd Low unit cost of production at $8.90/boe, with cost-cutting initiatives ongoing, particularly at OML40/Ubima. Seplat has drilled/completed nine wells and brought eight onstream in 2020. There is also the creation of New Energy unit to manage gas processing and future low carbon to zero carbon initiatives, as well as the AGPC financing signed in February 2021, $260 million raised, with commitments for $450 million. Furthermore, the Board Directive to eliminate Related-Party Transactions by end of 2021 holds the prospect of a rebirth of sorts. The company is now looking at a full-year production guidance of 48-55 kboepd, subject to market conditions; with a focus on gas projects and an exploration well to meet reserves replacement targets.

The company knows that gas is the lower-carbon feedstock for affordable electricity, especially with Nigeria’s galloping demographics. Seplat is quietly leading the country away from huge expenditures on imported, expensive, high-emission diesel-generated energy. Its desire to present the necessary baseload for a functioning electricity grid that will promote and project renewable energy, the way it exists in more technologically advanced nations, is a project on its own. The ultimate goal is to create a balance between environmental sustainability and the social agenda of a growing modern state; as Nigeria transits in its energy needs and use. The flagship ANOH project is now fully funded. Seplat has made visible giant strides in these trying times. Major gas processing units are expected to arrive in the third quarter of this year and installation is to commence before the end of the year. The mechanical completion and pre-commissioning is expected to take place in the first quarter of 2022, with the first gas flow to customers is expected to commence within the year.

All said, and after nearly seven years of full operations here and beyond our shores, Seplat Petroleum Development Company Plc has given a good account of itself, by providing shared values to the industry, the nations and to its stakeholders. As for questionable controversies, they usually collapse when confronted by the truth. 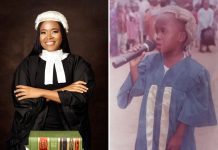