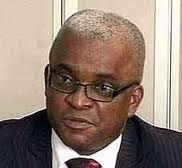 Citizen Eseme Eyiboh, erstwhile member and Spokesperson of the House of Representatives of the Federal Republic. The Supreme Court judgment of July 7, 2012, affirming the supremacy of the party in its internal democratic processes occasioned Eyiboh’s ouster. He responsibly submitted himself to the rule of law and civility by his obedience to the judgement. By this act, he affirmed his believe in the judiciary as a bastion of hope for all persons.

In January 2011, during the political parties’ processes for the respective primaries, one Dr Usoro Akpanusoh approached the Federal High Court, Abuja, before Justice D. U. Okorowo, through originating summons  seeking an order to restrain Eyiboh from seeking any elective office in the country, and both Independent National Electoral Commission (INEC) and the Peoples Democratic Party (PDP), who were all joined as defendants, from recognizing Eyiboh as being eligible to contest for any office in the country. Dr Akpanusoh’s argument was premised on his allegation that, Eyiboh was once convicted of a criminal offence.

The originating summons indicated the plaintiff’s disposition to expeditious determination of the suit before the 2011 elections. Expectedly, the hearing began in earnest with the exchange of processes by parties and arguments were taken on March 17, 2011. On conclusion of arguments, judgement was reserved for May 24, 2011; but it never happened.

The practice direction of the judiciary forbids any judgement of court to exceed six months from the date of adjournment. But the judgement in Eyiboh’s case lasted for three years notwithstanding the fiat of the Chief Judge of the Federal High Court directing Justice Okorowo to deliver the judgement. Chief Chris Uche SAN (counsel to the plaintiff), Yinka Orokoto esq and F. R. Onoja esq (counsels to the 2nd and 3rd defendants respectively), were at their wit ends to honour their respective client’s briefs while the welter of forces in the veil were undaunting in their intrigues. What went wrong?

However, the admission of Eyiboh’s FSLC, WASC, LL.B and NYSC certificates, in evidence, was the game changer in the judgment as delivered on June 25, 2014.

Despite the need for justice for both the defendant and the plaintiff, the court sat to the shock of a new application, from the plaintiff, seeking to further delay, or totally arrest judgment. On resumption of court, for judgment, the plaintiff applied to discontinue the suit. The basic reason it gave was that it was no longer interested in pursuing the matter and as such asked that the case be struck out. This request surprised the court because the plaintiff counsel ought to have known that there was no way a suit could be discontinued at the point of judgment. Somehow, the judge was tilting towards the plaintiff’s request despite allowing judgment to be adjourned on several occasions without solid grounds for same.

Curiously, the judge ignored legal and judicial precedence on the futility of discontinuing a suit at judgment point. The Supreme Court had in the case of APGA v Umeh held that “If an application for the discontinuation of a suit is made before hearing commences, what I consider should be the appropriate order should be the striking out of the suit. But where it is made after some considerable progress in the hearing has been made, leave to discontinue with a mere striking our order would no longer be automatic. The court would in exercise of its discretion consider the competing interest of the parties. Whereas in this case the application is made at the close of evidence and the matter adjourned for judgment, the discretion would almost certainly be exercised to dismiss the suit”.

This became the game changer for the defendant to the disappointment of the plaintiff. The judge and the plaintiff did not expect it. And it created room for more exchanges of argument. The plaintiff insisted that the best the court could do was to strike out the suit as against the demand for total dismissal. The defence objected and held on to judicial precedence as set by the Supreme Court.

After lengthy argumentation and regardless of the powers behind the veil, the judge was persuaded on points of law to deliver the judgement in favour of Citizen Eseme Eyiboh by the dismissal of the case as lacking in merit.

In his judgment, Justice Okorowo held that “on the whole, I disagree that the only order to be made in this case is striking out. From the circumstances of the case, the stage of the application for discontinuance, the proper order for this court to make is dismissal. The suit is hereby dismissed”.

He went on to recall what had happened in the course of the matter saying “On March 17, 2011, both parties argued their respective cases; and the matter was adjourned for judgment. The contention of the counsel for the third defendant as well as counsel for the second defendant is that parties having joined issued and adopted their addresses, the case has reached a point of litis contestatio. The finding of this court from the record is that at the stage at which this application for discontinuance was made issues have been joined and pleadings have been exchanged. It has passed the stage of fixing the case for hearing because hearing had already taken place”.

This however brings to fore the predicament of most Nigerians on the dispensation of justice vis-a-vis the rule of law in Nigeria. As the build up to 2015 unfolds, Eyiboh’s predicament portends a threat to the rule of law. Who knows the next political office seeker that may have his fate suspended by a court over frivolous suits that aim at nothing, but destroy.