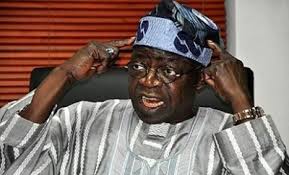 The National Working Committee of the ruling All Progressive Congress (NWC) may have broken the ranks of the “Like Minds Senators-elect”, a group canvassing support for Sen. Bukola Saraki’s bid for the senate presidency, with five of its members shifting support for Sen. Ahmad Lawan within the last 24 hours.

A senator-elect who pleaded anonymity told News Investigators that the senators were persuaded “to toll party line” having been convinced by individual NWC members assigned on them.

“They were formally his (Saraki) staunch supporter. Today, they are all joined the Lawan group (The Unity Forum),” the senator-elect obliged.

Lawan, a ranking senator from Yobe is believed to be favoured by the NWC for the position of senate president against the more popular Saraki from Kwara.

However, sources in Saraki camp insisted that no amount of interference from NWC would sway the senator from voting their choice as president.

“How can only one man be rail-roading the entire NWC to take a position that it can not enforce. Let me tell you, the consequence of this is that the NWC will be disappointed and they will lose face,” the source said.

Among the current aspirants for the senate presidency race, only Lawan is known to have met the criterion.

Determined to enforce its will on the senate where it now has majority, the NWC has fast-tracked its earlier meeting scheduled for today from 4 p.m. to 10 a.m, where it is expected to harmonise its positions on who becomes the President of the Senate and Speaker of the House of Representatives of the 8th National Assembly.

On Tuesday, it met with President Muhammadu Buhari to brief him on its efforts to present consensus candidates for the positions in the Senate and the House.