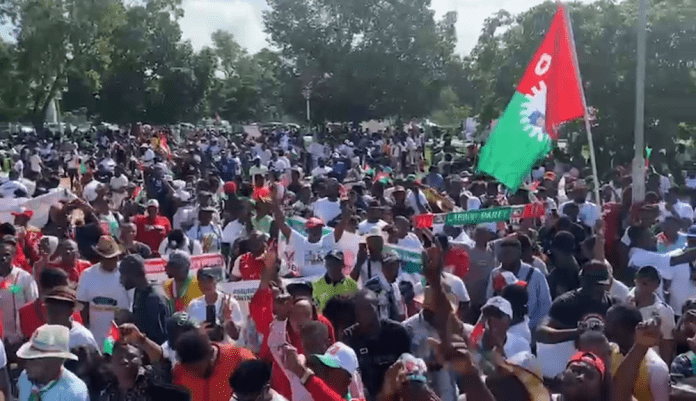 (News investigators) The Labour Party in Nasarawa State has begun a door-to-door campaign across the 13 Local Government Areas of the state for its presidential candidate, Peter Obi and his running mate, Datti Baba-Ahmed.Speaking with newsmen in Lafia on Monday, State Chairman of LP, Alexander Emmanuel, said the party decided to start the campaign because it has a target of getting a minimum of two million votes for Obi and Datti during the 2023 presidential election.He commended stakeholders of the party both at the national and state levels for the successful conduct of the presidential campaign inauguration which held in Lafia, the state capital, last Saturday.He also expressed gratitude to supporters of the party who came from all parts of Nigeria to show their love and support for the party, assuring them that the LP will work for the good of the country if it emerged victorious in the coming elections.Emmanuel said, “The Labour Party in Nasarawa State today began a door-to-door campaign for our presidential candidate, Mr Peter Obi and his running mate, Yusuf Datti.“We will be visiting towns and villages across the 13 LGAs of the state because we are targeting a minimum of two million votes for them in 2023.“Our presidential campaign flag off was very successful, so we felt there was no need for us to keep waiting because we are aware that we have a lot of work to do.“I want to commend all our party stakeholders across the country for their efforts thus far. I also want to thank our supporters for the love they showed to Obi and Datti last Saturday. They stood under the scorching sun just to identify with the Labour party. We promise not to disappoint them if we emerge victorious in 2023.”