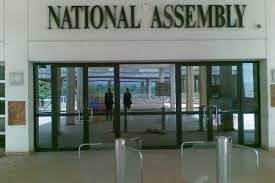 By Tom Garba, Yola – Barr. Kasim Gaidam, Chairman, Committee on Management of election petitions on Sunday in Yola urged the National Assembly to fast track the amendment of the 1999 Constitution and the Electoral Act 2010.

Gaidam in an interview with Newsmen in Yola said that there was need for the National Assembly to amend the electoral act to enable the commission discharged its responsibility effectively.

Barr. Kassim who was the former INEC Resident Electoral Commissioner of Adamawa, recommended the need for the authorities concern to also review election petitions timelines.

“For the effective service delivery of the INEC, there s need for the National Assembly to amend the electoral Act 2010.

“The amendment of the act would enable the commission exercise its power and conduct credible elections.” Gaidam said.

On the prosecution of electoral offences, the chairman recommended the power ability for the commission to prosecute the victims.

On the staff training he appreciated the need of the commission to intensify training of its staff especially Legal Officers within and outside the Country.

He said that the training would enable them competently handle some of the Court/Tribunal cases for the Commission to reduce cost in the medium and long run.

The chairman said the committee recommended Ten years ban of politicians convicted or indicted by the Election Tribunals or Courts.

He pointed out that presently, the Commission has about 81 elections nullified and 15 elections over-turned and complained that the development is giving challenge to the commission.

Gaidam noted that among the committee recommendations was to ensure that the standard of credibility of elections set during 2015 general elections are not only sustained but surpassed in 2019 and beyond.