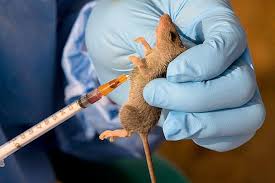 By Dipo Awojobi – The deadly Lassa Fever has claimed the life of a 51-year-old man in Lagos, while 438 others are under surveillance, says the Lagos State Government.

The government said that aside the first case of Lassa Fever in the state, two other people have been tested positive to the disease out of which one has died at the Mainland Hospital, Yaba.

Addressing journalists at a media parley in Alausa, Lagos, Southwest Nigeria to give update of Lassa Fever, Commissioner for Health, Dr. Jide Idris added that a total of 447 contacts with the victims of Lassa Fever had been established, out of which 438 of them had been placed under surveillance.

He said that out of the 14 suspected cases in Lagos, three had been tested positive to Lassa Fever while eight had tested negative as the result of three others were still being awaited.
According to Idris, the suspected cases were discovered in Orile General Hospital, Ahmadiyya Hospital, Alimosho, Mushin, Amuwo, Eti-Osa, Mainland General Hospital.

He disclosed that aside the case the 25-year-old undergraduate of Ahmadu Bello University, Zaria, there was another 51-year-old man who lived in Ilasan, Lekki who just came back from Edo State.

“A 51 year old man who lived in Ilasan, Lekki came back from Edo where he attended a wedding ceremony on December 28, 2015. He was initially admitted at Divine Medical Centre in Ikoyi on January 12, 2016 and referred to Mainland Hospital Yaba early January 18, 2016. The patient died at 2pm same day before the result of the laboratory test that confirmed him positive of Lassa fever was received.

He added that the remains of the patient had been kept in the morgue in a leak proof bag. “He is to be buried today (Friday) after due consultation with the family,” he added.
Idris said the second fresh case, which is the third to be recorded in the state involved a 36-year-old lady of Kogi State origin.

“The case first presented at Naval Reference Hospital Ojo, on January 18, 2016 and referred to Mainland Hospital later same day. The patient is being managed at Mainland Hospital and has received antiviral medication for five days. Her condition is stable and she is ambulating,” he said.