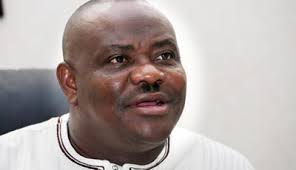 PORT HARCOURT/By Jackson Udeani – The former leader of the Rivers State House of Assembly, Chidi Lloyd has refuted ever being shielded from prosecution or evades arrest, saying he is prepared to face prosecution if justice would take its natural course.

Lloyd was reacting to call by Governor Nyesom Wike, urging the newly sworn-in Attorney-General of Rivers State, Emmanuel Aguma, a Senior Advocate of Nigeria (SAN) to ensure the conclusive prosecution of former Majority Leader of the Rivers State House of Assembly, Chidi Lloyd over his alleged attempted murder of Michael Chinda.

But the former majority leader, in a statement he signed Monday, said he became aware of the charges against him on the pages of newspaper.

He stated that he has challenged the attempted murder charge against him at the court of Appeal.

He also said he has petitioned the National Judicial Council (NJC) over the conduct of the Chief Judge of Rivers state, Justice Iyaye Lamikanra whom he accused of bias.

Lloyd who represented Emohua in the State Assembly during the tenure of Governor Rotimi Chibuike Amaechi, urged Governor Wike to channel his energy towards prosecuting those he described as criminals in the government of the state, adding that he is willing to face prosecution only if the Rivers state Governor, Nyesom Wike allows justice to take its natural course.

“At no time have I been shielded from prosecution nor evaded arrest. I became aware of an ongoing litigation against me on the pages of the newspaper. I have not been served any process.

“One would expect the Governor as a lawyer that he is to advice his Attorney to do the needful. I have also challenged the purported information preferred against me in the Court of Appeal.

“I have also petitioned the National Judicial Council, NJC over the conduct of the trial judge, who doubles as the, Chief Judge of the state for her obvious bias against me stemming from her utterances in the open court.

“My position in this matter has always been that, Governor Wike should allow the wheel of justice to grind effortlessly to a halt.

“I will also advise Governor Wike to bring all the criminals around him to book with this renewed vigor of fighting crime.

“I am more than prepared to face prosecution and not persecution.”