By Alaba Ajibade – Former Ondo State Attorney General and Commissioner for Justice Eyitayo Jegede, has emerged as the governorship candidate for the People’s Democratic Party (PDP) in the forthcoming elections. 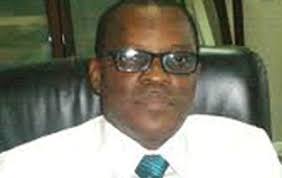 Mr. Jegede, polled a total of 760 votes to defeat his contender Saka Lawal who scored 22 votes in the party’s primary election that took place in Akure, the state capital Monday.

The former Attorney-General who is a Senior Advocate of Nigeria (SAN) resigned his appointment last month preparatory to November governorship elections scheduled for state.

He is now to flag PDP’s flag against a yet to be elected candidate of the ruling All Progressives Congress (APC) and other opposition flagbearer in the South West State.