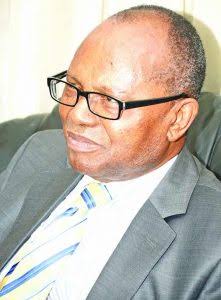 Top Nigerian academics and industry chieftains have instituted an annual leadership prize, in an initiative to groom a replacement generation to tackle Nigeria’s leadership question.

The group, comprising Prof. Anya O. Anya and other eminent people said the idea was to groom role models to nurture the younger generation, to build a better and stronger Nigeria.

The News Agency of Nigeria (NAN) reports that poor leadership has often been cited by analysts as one of the key problems plaguing Africa’s most populous nation since independence.

Addressing a news conference to inaugurate the body on Thursday, Anya said the “Nigerian Prize on Leadership’’ would be bestowed annually on role models, who distinguish themselves in service to the nation.

“The leadership prize is a deliberate initiative to groom and raise a replacement generation of Nigerian leaders, based on right values, mindset and character.”

Anya argued that there were still good Nigerians and leaders, who despite the odds, ought to be recognised for contributing to nation building.

The don, who is the chair of the group, lamented what he described as the proliferation of awards in the country, where the wrong persons were often recognised for pecuniary reasons.

“The Nigerian Prize for Leadership is private sector-driven and recipients will be selected from all sectors and strata of society.

“Our mission is to establish and promote a new national culture of leadership in Nigeria, based on shared values from the diversity of our nation.

“We recognise the enormous damage done to the Federal Republic of Nigeria over the years by poor leadership without sharpened capacity.

“Indeed, the very fabric of our society has been deeply shaken and could be shattered if urgent actions are not taken,” he stated.

Anya argued that as long as the leadership question remained unresolved, the challenges of human progress would also remain unresolved in Nigeria.

According to him, the leadership prize targets to institute a credible process of identifying Nigerians, who excel in their fields and will target Nigerians of all ages.

Also speaking, Prof. Jerry Gana said the award selection would be such that it would impact tremendously on the younger generation, adding: “the selection process, which will be done by committees and panels will be robust”.

The body, which has Dr Joe Neliaku as Executive Secretary will commence the presentation of prize money from Dec. 12 next year.