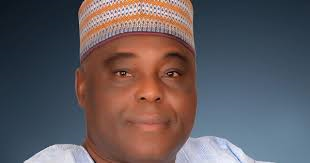 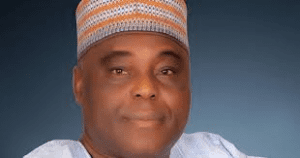 In a statement by Omor Bazuaye, Media Aide to Raymond Dokpesi Campaign Organization, Dokpesi said it is a shame that once again Nigerians are subjected to this kind of gross impunity and flagrant abuse of power that is currently being exhibited.

Dokpesi reacted to the news about the postponement just as he led a last minute campaign for candidate of PDP, Pastor Osagie Ize Iyamu in Etsako East; taking the campaign and the message of a better future from his own ward 1 deep into zone 4.

He said what INEC had done was to postpone PDP’s victory at the polls and delay the inevitable defeat of the ruling All Progressives Congress  {APC} in the state.

He said no matter how many times and how long INEC postpones the election, the people in his Etsako East have rejected APC and have made up their minds to vote PDP.

The campaign trail then journeyed to Ekwotsor where it was received by a large crowd of party supporters before moving on to other neighbouring villages like Agiere and Weppa.

INEC has fixed a new date of September 28 for the election which was previously fixed for Saturday September 10.