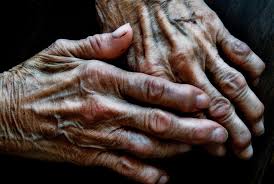 A recent study by a group of scientists have revealed shocking details and risks older men who engage in rampant s*x face. Older men have been advised to stay off sex

As if to demonstrate that every silver lining has a cloud, researchers in the US have shown that older men who enjoy frequent s*x raise their chances of developing heart problems.

But the same was not seen for older women, who appeared to suffer no ill-effects from a robust sex life, and tended to have lower blood pressure when they found sex highly enjoyable.

Men in their late 50s to mid-80s who indulged in sexual activity once a week or more had twice the risk of heart attack, stroke or other cardiovascular conditions over the next five years, compared with men who went without, the researchers found.

To make matters worse, the men who enjoyed sex the most were more likely to suffer heart conditions than those who were not so bothered.

The findings emerge from one of the first large scale studies into the impact of sex on the health of older people. More than 2,200 people who enrolled in the US National Social Life, Health and Ageing project took part in the study at Michigan State University.

Hui Liu, a sociologist who led the study, said that older men may come off badly because they exhaust themselves more than younger men in an effort to reach an orgasm. She said that would “create more stress on their cardiovascular system in order to achieve climax”.

Medicines designed to boost sexual function might contribute to the damaging effects on men’s hearts, Liu added. High testosterone levels may also play a role, by increasing men’s motivation to have sex while predisposing them to hypertension.
In the study, the US team pored over medical records from 2,204 people who were aged 57 to 85 when the first wave of data was gathered in 2005 and 2006.

The records contained information on heart rate, hypertension, and cases of heart attacks, heart failure and stroke. Measurements were also taken of biomarkers that are used to predict a person’s risk of stroke and heart attack.
“We found that having sex once a week or more puts older men at a risk for experiencing cardiovascular events that is almost two times greater than older men who are sexually inactive,” Liu said.

Those who found sex with their partners “extremely pleasurable” or even merely “satisfying” had a higher risk than others.
While an active sex life appeared to harm the physical – if not mental – health of older men, it had no such impact on women.

The findings, Liu believes, challenge the conventional wisdom that sex is good for health whatever a person’s age. In light of the latest findings, reported in the Journal of Health and Social Behaviour, Liu said GPs should talk with their older male patients about the potential risks that come with an active sex life. Those who have sex once a week or more might even do well to be screened for heart problems later in life, she said.

Older women who enjoy an active sex life may fare better than older men because of the beneficial effects of the female sex hormone released during orgasm, and the stress-busting effects of a close relationship, the researchers say. Liu believes that men in all relationships, even bad ones, are more likely to receive support from their partners than women are. “Only women in good quality relationships may acquire such benefits from their partner,” she said.

“Although some studies suggest that women’s health is especially vulnerable to poor relationships, our results reveal an optimistic finding: women’s cardiovascular health can benefit from a rewarding sexual relationship,” the researchers add.
Source: The Guardian UK.