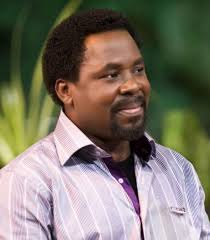 Lagos State Governor, Babatunde Fashola on Sunday visited the scene of the collapsed building of Synagogue Church of All Nations, Ikotun, even as death toll rose to 44 as at 6:14 p.m. on Sunday with 130 persons rescued alive from the wreckage.

Fashola had a closed door meeting with the General Overseer of the church, Prophet T.B. Joshua but declined press interview after the meeting.

Sources said there questions bothering on the approval status of the collapsed building. The building was a two storey Guest House under renovation being upgraded into five storey.

Reacting to the incident on Saturday, Prophet Joshua alleged that the building was attacked terrorists, saying the incident happened due to chemical attack.

He said that the church CCTV Camera picked a strange aircraft that hovered round the church 4 times before the building caved in.

The edifice collapsed last Friday afternoon, leaving several people dead and about 100 injured, according to the officials of the National Emergency Management Agency (NEMA).