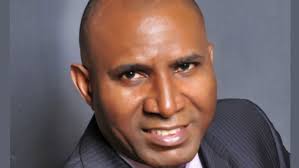 By Sadiq Umar – A Federal High Court sitting in Abuja on Thursday nullified the suspension of Ovie Omo-Agege, senator representing Delta central, by the Senate, and ordered his immediate reinstatement.

Justice Nnamdi Dimgba, in his judgement held that although the National Assembly had the power to punish its erring members, the process followed in the suspension of Mr. Omo-Agege was unconstitutional and over-reaching.

The judge noted that report of the Senate’s Ethics and Privileges Committee, which recommended Mr. Omo-Agege’s suspension, revealed he was punished for filing a suit against the Senate after apologising to the red chamber over the allegation leveled against him.

Justice Dimgba, however, ruled that “access to court is a fundamental right in the Constitution, which cannot be taken away by force or intimidation from any organ.”

Additionally, he stressed that the Senate’s decision to penalize Mr. Omo-Agege for filing a suit against it, and for punishing him while his suit was still pending, constituted an affront to the judiciary.

The Judge added that even if the Senate had rightly suspended the Senator, it could only have suspended him for only a period of 14 days — as prescribed by Senate rules.

He also ruled that the principle of natural justice was broken by the Senate’s Ethics and Privileges Committee by allowing Senator Dino Melaye, who was the complainant, to partake in the committee sitting that considered the issue and to sign the report.

The judge therefore nullified Mr. Omo-Agege’s suspension and ordered that the Senator be paid all his allowances and salaries for the period he was suspended.

Recall that on the 12th of April, 2018 the Senate suspended Mr. Omo-Agege for 90 legislative days following his comment on the controversial amendment to the Electoral Act 2010 seeking the re-ordering of elections which, he said, was targeted at President Muhammadu Buhari.

There was, however, mild drama as Mr. Omo-Agege resurfaced in the Senate chamber barely a week later on the 18th of April, the same day the Senate’s mace was forcefully hijacked by invading thugs.

Mr. Omo-Agege was fingered as the culprit by the Senate spokesperson, Sabi Abdullahi, but the Delta Senator told the police “he was only resuming for work” following a suspension he described as unconstitutional.