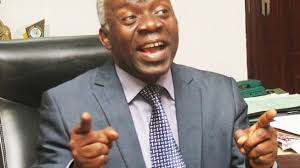 By Nuel Suji – Human rights lawyer,  Femi Falana on Thursday said that the senate  lacks power to summon Inspector General of Police,  Idris Ibrahim.
Mr. Falana also argued that Senate  did not get it right by tagging Mr. Idris, inspector-general of police (IGP), “an enemy of democracy”.
The IGP had been summoned over the growing insecurity in the country and also for the case of Dino Melaye, senator representing Kogi west, who is currently in police custody. 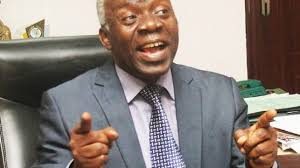 Mr. Idris sent a representative in his place on two of those occasions but the senate turned back the proxy.
Speaking on a Channels TV programme on Thursday, Mr. Falana said the senate made a mistake by bringing Mr. Melaye’s case into the picture.
He said even with the killings, IGP is not the right person to summon, rather, the minister of interior and the attorney-general of the federation.
“By virtue of section 67 (2) of the constitution, either chamber can summon a minister when the affairs of his or her ministry are under consideration. The only other occasion a public officer can be summoned by the national assembly is when proceedings are ongoing to expose corruption and when a law is being debated either with a view to amending it or to have a new law entirely,” he said.
“But there is no such powers given to the national assembly by the constitution to summon everybody.”
Asked by the programme’s anchor if the senate has the power to summon the president, Mr. Falana replied: “No. Section 67 (1) has given the president the discretion to address the national assembly either jointly or separately, on any matter of national importance. The president or the governor of a state cannot be summoned; that is the constitution.
“The national assembly has my sympathy, but what can be done? The constitutional review is ongoing. You can deal with this lacuna, or the gaps you have identified.
“But don’t go outside the limit of your powers. When you do that, you ridicule the constitution. And that is what is going on.”
He added that even though he condemned the arraignment of Mr. Melaye while on a stretcher, he had told the lawmakers to not “individualise problems of police brutality”.