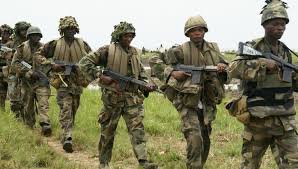 International Joint Task Force set up to tackle the Boko Haram insurgents has intensified in its operation in the border area with Cameroon in the wake of recurrent insurgency attacks in the border towns.

A reliable source told our correspondent in Kaduna that there is a reinvigorated military operation by the joint task force operating in the border areas to ward off insurgent attacks and push them back to the forest within the Nigeria territory where troops are believed to be closing in on terrorists.

Only yesterday, wife of Cameroon’s Vice-Prime Minister Amadou Ali was kidnapped and at least three people killed in attacks by Boko Haram militants on the northern town of Kolofata on Sunday.

“It’s no longer a child’s play, everybody is alive to this problem now,” the source to News Investigators.

The incident occurred just as gunmen suspected to be Boko Haram insurgents attacked a Catholic Church in Kano yesterday, killing a soldier, a toddler and three other worshipers.

Improvised Explosive Devices concealed in a refrigerator by a cart pusher had gone off in a motor park in the city on Thursday, killing five people and injuring many.

The Lamido (religious leader) of the area, Seini Boukar Lamine, according to a news agency, Reuters, was kidnapped in a second attack in Kolofata.

“I can confirm that the home of Vice Prime Minister Amadou Ali in Kolofata came under a savage attack from Boko Haram militants,” Issa Tchiroma told Reuters by telephone.

“They unfortunately took away his wife. They also attacked the Lamido’s residence and he was also kidnapped,” he said, confirming that at least three people were killed in the attack.

A Cameroon military commander in the region said the Vice PM, who was at home to celebrate the Muslim feast of Ramadan with his family, was taken to a neighbouring town by security officials.

“The situation is very critical here now, and as I am talking to you the Boko Haram elements are still in Kolofata town in a clash with our soldiers,” said Col. Felix Nji Formekong, the second commander of Cameroon’s third inter-army military region, based in the regional headquarters, Maroua.

The Sunday attacks are the third by Boko Haram in Cameroon since Friday. At least four soldiers were killed in the previous attacks.

Reuters added that 22 suspected Boko Haram militants, who had been held in Maroua since March, were on Friday sentenced to prison terms ranging from 10 to 20 years. 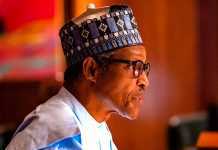 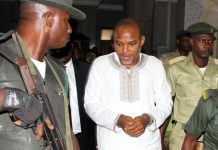 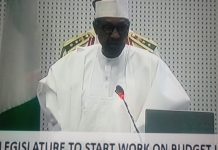 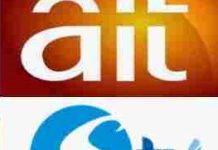