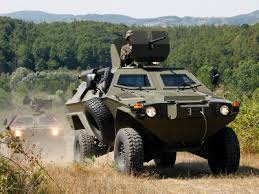 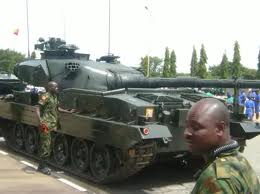 The military authorities confirmed the latest insurgents’ attack on Damboa, saying the troops are currently engaged in battle with the terrorists.

In its twitter handle @defenceinfoNG, the military wrote: “Another set of terrorists are attacking Damboa. Troops are engaging them right now. Details later…”

Earlier, attack on Maiduguri was successfully repelled by the military who inflicted heavy casualty figure on the warring terrorists.

According to the military, 2 Armoured Vehicles, 2Artillery guns and 17 Hilux Vans were among the weapons recovered from the terrorists some of who escaped to the neighbouring countries.

“Many Terrorists were killed as we inflicted heavy casualties on them.

“Armored vehicles, Artillery guns and many vehicles captured from terrorists in disarray as Military pursued them in Borno and Adamawa,” it stated.