By Olusegun Emmanuel, Abuja.
Delegates at ongoing National Conference Tuesday called on the Federal Government to take drastic measures in order to secure the release of the over 100 school girls abducted by insurgents at the early hour of Monday in Maiduguri.

This was even as some delegates called for the suspension of the ongoing National Conference until security situation in the country is resolved.

A notice served to delegates by a state Delegate from Borno state, Dr Haruna Yerima, stated that students of Government Girls College who were in school for the completion of their exams were abducted by men perceived to be members of the Boko Haram sect.

However, Former Governor of Ogun state, Olusegun Osoba called for immediate closure of borders with Niger republic and Cameroon, to stem out invasion from foreigners.

Other delegates who spoke on the issue called on Federal government to do something fast to look for the abducted females students.

Contributing on the issue, Pastor Tunde Bakare said that a strong signal should be sent to the Presidency threatening to halt the conference if something is not done on the heightened insecurity in the country.

Supporting the position of Bakare, a delegate, Abdulmumini Abubakar said the Conference should put on hold until security situation in the country is resolved.

It was gathered that last night over 100 secondary school students; girls were abducted at Chibok local government area in Borno state.

It could be recalled that the National Conference was forced to adjourn after about two hours of sitting on Monday following the inability of its leadership to place members into the 20 standing committees it proposed to facilitate its assignment.

The Conference had during its first week of sitting created 20 committees into which the 497 delegates will be appointed.

According to the Conference’s work plan, the membership of the Committee would have been announced on March 27. However, the discussion of President Goodluck Jonathan’s address, which had been slated for only two days (March 25 and 26) took about three weeks. 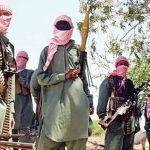