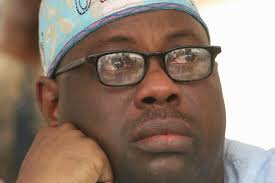 Fellow Nigerians, I don’t know how many of you feel the way I feel but some things are not very clear to me. There is so much commotion in the land. It seems like we are still busy campaigning after election.

The two major political parties in Nigeria are permanently at daggers’ drawn. I thought elections were won and lost since March 2015. It would be one year soon in two months’ time. By now the politicians on both sides should have gotten over whatever malice existed then and learn to accept whatever fate befell them, good or bad. Let’s try to examine the causes and sources of friction and irritation. President Muhammadu Buhari’s credentials and antecedents as an anticorruption crusader were always well-known and substantially advertised.

His records as a maximum ruler from 1983-85 remain indelible. Most of his cult-followers have only one principal reason for turning him into some god they worship because they believe he has the capacity, resolve and courage to exterminate all the artful dodgers who stole their country blind and made life so miserable for them. It is my belief therefore, that President Buhari is determined not to let down his devotees. Anything less than chasing the corrupt leaders to the pits of hell would not be acceptable to those people.

As a matter of fact, the not so tactful but honest statement by President Buhari that he does not think some of those arrested for economic crimes deserve bail actually resonates with many of those who want corrupt officials summarily dealt with, no matter how incompatible with the tenets of democracy this may be. Sooner than later, we may find ourselves at the crossroads of impunity and freedom.

I do not envy President Buhari at all. In him we find a largely incorruptible leader who requires the lethal powers of a full-blown dictator to operate anyhow he wants but is being bogged down by the demands of equity and justice in a democratic environment. It is indeed a big dilemma and I can’t wait to see how the Buhari government wriggles out of it. Our President is being accused of bad faith for breaching the supposed gentleman’s agreement reached with the immediate past government not to probe its officers, especially the big man himself, President Goodluck Jonathan, and some of his fat cats.

Those supporting President Buhari are insisting that promises are meant to be made but not necessarily kept or unbroken. They argue that President Buhari knew things were very bad but didn’t know how horrible and terrible. And that now that he has come face to face with the grim reality he cannot afford to let those guys off the hook. It is such a serious matter that no covenant can stand in way of crime and punishment.

But members of the opposition who were in power for 16 years are kicking and raising a lot of dust. The vocal ones among them such as Governor Ayodele Fayose and Mr Olisa Metuh have not hidden their disdain for President Buhari. In the view of those two, the President is a tyrant who wishes to visit the personal iniquities of the parents on their children up to fourth generation if necessary. They see President Buhari as a vengeful and ruthlessly vindictive man who’s out to take his pound of flesh on those who have injured or offended him in any way in the past. The ding dong arguments go on unabated.

Those on Buhari’s side are asking if the allegations against those arrested are true or false! They wonder if it is reasonable and not treasonable that defendants can say their enemies made them to commit fundamental sins. The debate seems very simple on the surface but much of it is still very complicated.

In the meantime, the polity is clearly heated up at the moment. The economy is bleeding dangerously. The crime rate is atrociously high. Unemployment is still incredibly rife. Poverty has not been dented and the populace is miserable. In short, the people are constantly on edge. Many Nigerians expect a miracle from Buhari. They are not ready or willing to accept our endless excuses especially the one about saying the time is too short to judge this government of necessity. Truth is we made promises to the people who thought there was a magic wand in Buhari’s pocket and he would use his talismanic powers to dismiss all our problems in a jiffy.

But governance is never that simple. The scenario confronting Buhari is much worse, without trying to make excuses for him. Nigeria is very broke and Nigeria should never find itself in this type of peculiar mess after all the monies made in the past years which were recklessly frittered away. Any leader confronted by such an ugly monster would naturally be uncontrollably angry. And the President betrayed that frustration and anger at his last media chat.

My suggestion is that the anti-corruption war should continue unabated but with more focus on recovering looted funds before retribution and restitution. I do not know how the Judiciary can be of help in the fight but it should be possible to fast-track some of the cases but that may not be too easy knowing the preponderance of pending cases. But I will join those who would say the rights of every citizen must be respected. If I were President Buhari, I will not go against court orders no matter how frivolous those pronouncements can be sometimes.

I will empower the Police and the secret services to operate better surveillance rather than lock up anyone indefinitely. I may not willy nilly allow those under trial to travel abroad but I will allow some measure of movements within our country. If the appropriate safeguards and undertakings are provided and given though, there is no reason why people with established medical ailments should not be permitted to travel abroad. With the co-operation of other nations and international criminal agencies, no country is a safe haven for the corrupt politician or ex government official. Indeed they may meet a greater Nemesis in the foreign climes that they desire to seek medical succour from.

I believe the President may have been too hasty in concluding that those given bail to go abroad would necessarily abscond. I like to have a little more faith in our fellow citizens. After all there is nowhere that they can enjoy the trappings, privileges and expansive lifestyle that they relish than Nigeria!

I’ve had this dispute with some top government functionaries in different governments in the past and my usual way of putting it is that we must never set fire to an entire village in order to catch some rats. We must do things methodically, lawfully and reasonably. We must seek and hope to protect the rule of law no matter how anxious we are to get justice and convict rogues. No civilian leader has the power let alone moral right to be the accuser, prosecutor and the Judge simultaneously. No matter the shortcomings of democracy, that’s the system we chose to practise. The President must always remember that it is on the platform of democracy that he came to power.

He cannot, having attained the heights that he sought, dump democratic principles and ideals on the altar of expediency. That would be an unmitigated disaster. Democracy must be adequately protected lest we taint the modicum of credibility we’ve gained since this great man returned to power. If care is not taken, the international community may begin to grumble and ultimately give up on supporting a government they hope would restore hope not just to Nigeria, but the continent of Africa as a whole.

I expect the hawks to say who cares but we must care about our global image and how the world perceives us in the comity of nations. We cannot snub the civilised world while still thinking of doing serious business, seeking aid and securing loans that may ultimately take us out of the doldrums. We can fight our battles within the confines of our laws without damaging the innocent alongside the guilty. As the saying goes it is better that 10 felons go free than that one innocent man be hanged.

Nothing can compensate the injustice of deliberately incriminating an innocent man who has being criminalized, tried, convicted and sentenced on the pages of newspapers, on radio, television and social media. It is a very heavy price to pay for the prejudice of intolerant politicians and people. May God grant our President more wisdom on how to solve the many intractable problems confronting our dear nation.