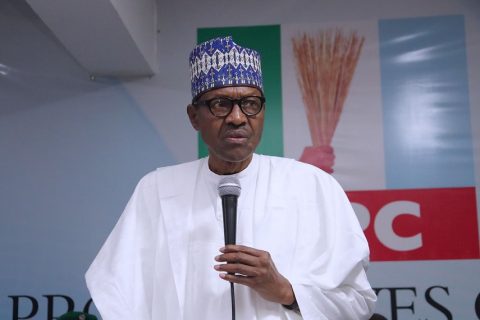 By (News Investigators) – The United States (US) has condemned the killings in Plateau State, Nigeria, which left over 100 people dead.

Washington’s condemnation is coming on the heels of request by the Chairman of the US Congressional House Subcommittee on Global Human Rights and a senior member of the House Foreign Affairs Committee, Chris Smith, that President Muhammadu Buhari should publicly speak out in condemnation of mass killings of Middle Belt Christian farmers in their ancestral homelands by the MACBAN-sponsored Fulani herdsmen militia. 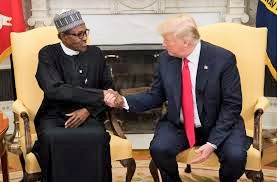 They were killed by herdsmen in an evening attacks on Razat, Ruku, Nyarr, Kura and Gana-Ropp villages of Gashish District in Barkin Ladi Local Government Area, Plateau State last Saturday.

A statement issued by the US government, urged President Muhammadu Buhari to find a solution to the unending crisis.

“The United States condemns in the strongest possible terms the killing of civilians and destruction of property in Nigeria’s Middle Belt region over the weekend,” the statement said.

“We are concerned by the recent increase in armed violence against civilians and call on all political and community leaders to lend their voices to peace and to work together to find lasting solutions to these rural conflicts.

“We join President Buhari and others in sending our deepest condolences to the affected communities, and in the desire to see the perpetrators brought to justice and to prevent further violence,” the statement read.

Mr. Smith had requested that President Buhari should publicly speak out in condemnation of mass killings of Middle Belt Christian farmers in their ancestral homelands by the MACBAN-sponsored Fulani herdsmen militia.

The powerful US congressman made his wish known while welcoming the release of the State Department’s annual International Religious Freedom Report by Secretary Pompeo’s announcement of a Ministerial Committee to Advance Religious Freedom scheduled for July 25-26, 2018.

The committee on religious freedom, which shall be constituted in late July 2018, shall focus on collating reports of mass extrajudicial killings throughout Nigeria since the outset of the Muhammadu Buhari’s presidency.

For the first time, the US government is establishing a committee to closely examine the religion-inspired policies of the Buhari administration as it affects Christians, non-Christians and even Shia Muslims in Nigeria. Many pundits have characterized Muhammadu Buhari as an Islamist ideologue who has opted to utilize the executive powers of his presidency to revive a jihad which his remote ancestor, Sheikh Uthman Dan Fodio, commenced in 1804. In close cahoots with radicalized Sunni Islamist clerics, President Buhari has willfully allowed the country’s security forces to “collude” with MACBAN-sponsored Fulani herdsmen militia to unleash extrajudicial killings of Shia Muslims, Christians and African traditionalists in all parts of the country, especially the Middle Belt and Southern regions.

The US Congressional leader observed that, unless President Buhari publicly denounces the murderous escapades of the Fulani Islamist killers and their accomplices, there is destined to be increased spilling of innocent blood in the run-up to the scheduled 2019 general elections.

With this statement, it is implied that Buhari’s government is being put on notice that it must put a stop to the widespread killings if there shall be hope for a peaceful, free and fair elections in 2019 – barely 9 short months from now.

Mr. Chris Smith’s viewpoint aligns with those of organized entities like the Lower Niger Congress (LNC), Alaigbo Development Foundation (ADF) and others which had repeatedly called for the deferment of 2019 general elections for similar reasons.

Since it is unlikely that Buhari has the intent to publicly denounce the preplanned acts of his jihadist foot soldiers anytime soon, proceeding with the INEC-scheduled elections in February 2019 must now be looked upon as a calculated scheme to escalate the ongoing bloodbath nationwide in the very near future.