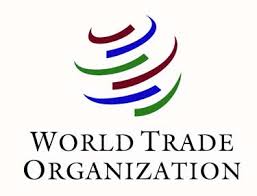 The federal government said Thursday in Abuja that implementation of the new trade facilitation agreement would drastically reduce costs of trading as well as improve Nigeria’s ease of doing business ranks in the world.
Permanent Secretary, Federal Ministry of Industry, Trade and Investment, Ambassador Abdulkadir Musa, stated this at the national validation workshop of World Trade Organisation, WTO trade facilitation agreement.
Musa also noted that implementing the agreement could help Nigeria key into the global value chain, which he said has become a dominant feature of world trade and investment offering new prospects for growth, development and jobs.
He pointed out that, “Each country that participates in the chain makes a contribution in adding value to production”.
“Nigeria is strategically located with a coast line of about 13, 000sqkm, over 160, 000 million people and with relatively cheap labour giving the country coordinates that would enable it fit into global value chains especially in the area of ICT among others”, he said.
Musa informed that the Organisation for Economic Co-operation and Development, OECD trade facilitation indicators also confirmed that the new agreement would reduce trade costs in developing countries by 13 to 15.5 per cent.
The permanent secretary, who said the annual World Bank report on ease of doing business ranks Nigeria 158th in terms of trading across borders, added that numerous countries have demonstrated that a vibrant export sector and affordable access to imports could contribute to economic growth and poverty reduction.
In his remarks, the Director of Trade in the ministry, Mr. Felix O. Asikpata explained that trade facilitation agreement gives leverage to countries to assess their true situation and categorise their commitments based on the perceived strengths and needs.
“Trade facilitation is important both in the field of international and domestic trade; its impact on global trade will far exceed that of the traditional trade liberation and increase the transparency and predictability of policies among others”, he said.
Asikpata added that the agreement allows countries to base their commitment on their level of development, urging participants at the workshop to be realistic in their evaluation and assessment of the countries capacity in terms of available infrastructure both hard and soft.
He however commended the European Union and German International Cooperation, GIZ for their continuous support to the ministry towards the implementation of the trade facilitation agreement.
Speaking with newsmen at the event, Head of Unit, Trade Policy and Facilitation of GIZ in Nigeria, Mr. Alexander Werth expressed the readiness of the agency to assist Nigeria improve on ease of doing business ranks.
Werth pointed out that implementing the trade facilitation agreement would help Nigeria on new prospects for growth and development through imports and exports, adding it would also attract foreign direct investment into the country.
He noted that the workshop would enhance Nigeria’s evidence-based report on the agreement as well as identifying trade and investment as a vehicle to boost non-oil related domestic production, create jobs and reduce poverty in the country.