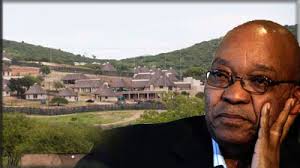 The death toll in the collapsed building belonging to the Synagogue Church of All Nations, Lagos has increased to 80 even as the search for more bodies continues.

As at 4:41 p.m. Nigeria time, the casualty figures rose from 78 to 80 dead while 131 persons have so far been rescued alive, according to NEMA sources.

A BBC report quoted the South African President Jacob Zuma as saying that 67 South Africans were killed in the collapsed building.

It is the deadliest incident involving South Africans abroad “in our recent history,” Zuma said.

The Synagogue Church of All Nations founded by Prophet T. B. Joshua, attracts membership from across Africa including South Africa, Zambia among other countries. It had play host to foreign dignitaries such as Heads of state from Zambia, Ghana.

Joshua had attributed the collapsed building to terrorist attack, saying he is in possession of  a cctv footage of a jet hovering over the building before the collapsed and suggested it was an attempt on his life.

On Tuesday, however, a rescue official said the likeliest cause of the building’s collapse was the construction of additional storey without reinforcing the foundations.

“His followers in Nigeria and abroad believe he has the gifts of healing and prophecy,” the report added.