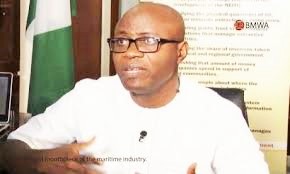 Highlights of the 2016 audit report of the solid minerals sector released in a statement by NEITI’s Director of Communications and Advocacy, Orji Ogbonnaya Orji show total minerals production for 2016 was 41.87 million tons valued at N34.09 billion, representing 33% increase on the N25.56 billion reported in 2015.

The report further disclosed that while six hundred and fifty-one (651) extractive companies made royalty payments in 2016, only fifty six (56) companies that met the materiality threshold of N3million and above were considered for reconciliation.

“The companies that met this threshold accounted for 86.87% of the total royalties paid. On state-by-state minerals production, Ogun State contributed 33.49% to the total production to top the table, followed by Kogi State with a contribution of 19.7%, while FCT came third with 6.20%.

Further analysis of production by minerals types shows that limestone was the most produced mineral and accounted for 49.35% of the total solid minerals production in 2016, followed by granite with 31.32%. The least contributions were made by gypsum, iron, talc and amethyst with 0.1% each.

The report also revealed that the solid minerals sector’s contribution to exports in 2016 stood at ₦11.16 billion, representing 3.38% of the N330.01 billion for non-oil exports and 0.13% of total export of ₦8.53trillion.

From the report, China was a major destination of Nigeria’s solid minerals in 2016, accounting for 53.63%, followed by Spain and India which accounted for 26.48% and 8.90% respectively.

The report put the Free on Board (FOB) value of the solid minerals exported in 2016 at $40.934 million while the overall contribution of the sector to the country’s GDP was put at ₦87.61billion representing 0.13 % of the total GDP of N67.9 trillion.

The sector also contributed 0.3% to national employment in 2016. The report also disclosed that a total of 4,575 valid minerals titles spread across the various states of the federation were recorded in 2016.

The report revealed that some title holders entered into MOUs with other companies without duly informing the relevant government agencies.

As a result, out of the 651 operators that paid royalties, 312 companies representing 48% were not recorded in the MCO register either as valid, revoked or transferred titles for the year.

A striking feature of the report was that the sum of ₦9.923 billion was shared by the three tiers of government in 2016, being the accumulated revenues from 2007 to 2014 from the solid minerals sector.

A breakdown of the figure shows that the Federal Government got N4.547 billion while states and local governments shared N2.306 billion and N1.778 billion respectively. The sum of N1.289 billion was also shared as derivation.

Other states among the top five recipients are Kano and Oyo states which received N208.83 million and 200.45 million respectively while Ekiti and Bayelsa got the lowest share of N91.25 million and N76.66 respectively.

The 2016 Solid minerals audit was conducted for NEITI by Tajudeen Badejo & Co, an indigenous accounting and auditing firm.

The independent audit is consistent with NEITI’s mandate and in fulfillment of Nigeria’s obligation to the global Extractive Industries Transparency Initiative (EITI) as an implementing country.

The NEITI 2016 oil and gas report is currently at the final stage of completion and will be released soon, while the 2017 audit process is ongoing.