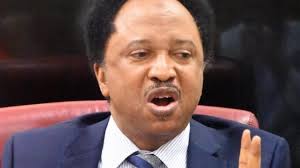 By Sadiq Umar – The senator representing Kaduna central, Shehu Sani, has resigned his membership of the ruling All Progressives Congress (APC).

The lawmaker who expressed reservation and doubt over party’s commitment to democratic ideals, is quitting in the aftermath of rancorous primaries for the 2019 elections in which he lost party nomination for Kaduna central. 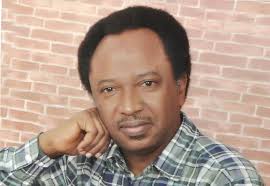 Mr. Sani, in his resignation letter to the chairman of the APC in ward 6, Tudun wada north, Kaduna wrote: “I present to you my highest compliments and wish by this communication to formally offer to you my resignation from the All Progressives Congress (APC).

“l had joined the APC and remained with it against all odds in the belief that it will constitute a veritable platform for the realization of those democratic ideals which I hold very dear, that honor and integrity will be the ultimate ethos of the party and, most importantly, that internal party democracy will always be the norm. However, only posterity can affirm the extent to which the APC has committed to and reflected these values.

“As I exit the APC at this point in time, I wish to formally thank the party for availing me the platform upon which I am currently serving this country in the honoured capacity of Senator of the Federal Republic.

“I wish the party well in all her future endeavors and ask sir, that you please accept the assurance of my highest considerations.”

Prior to the party primary, Mr. Sani have had long drawn political battle with governor Nasir El-Rufai.

However, APC’s national working committee (NWC) had cleared Mr. Sani as the only candidate for the senatorial district but Mr. El-Rufai kicked against it.

Subsequently, a primary election was conducted in the district and Uba Sani, the preferred candidate of el-Rufai, was declared winner.

The serving senator had boycotted the primary and filed an appeal and the party upheld his appeal but the name of el-Rufai’s candidate was sent to the Independent National Electoral Commission (INEC).