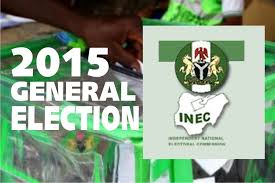 By Jackson Udeani, Port Harcourt – Kenneth Akubue, an Assistant Police Commissioner who was earlier accused by police officers under him of brazen support for the Peoples Democratic Party, PDP during the April election has appeared before the Rivers State Election Petitions Tribunal sitting in Abuja.

Mr. Akubue, whose subpoena essentially entailed tendering evidence and not testifying, brought the tribunal to a temporary halt after counsel to the petitioner, Akin Olujimi, SAN raised an objection on the status of his subpoena which did not include testifying.

For some minutes, the tribunal judges recoiled to consider the merit of the subpoena which however came in favour of the defendant. But that was after counsel to the defendant, Emmanuel Ukala, SAN had pleaded for clemency on sentiments, appealing to the court to allow the witness since he has already arrived the court.

Many people from Rivers State in court today were excited to behold the police officer who is widely speculated to be stupendously rich. But the doubt about the real value of his wealth began to give way when Mr. Olujimi confronted him with facts about his huge house, which is believed to be the biggest on Olugbon Street, GRA Port Harcourt.

After being put off guard by the unexpected question on his wealth, Mr. Akubue struggled to deny allegations by his subordinates, particularly that of Deputy Superintendent of Police, Yusuf Bala who had told the tribunal that the ACP himself supervised rigging for the PDP even in front of his office in Bori during the election.

Although he told the tribunal that election held on April 11 in the towns under his command, he refused to read Exhibits A9 and A305 (INEC materials) which clearly indicate that the election was characterised by widespread violence.

At a point, Mr. Olujimi had to personally ask him if he was a police officer or a politician because of his activities particularly with regard to his role during the attack on supporters of All Progressives Congress, APC by Hoodlums at their state rally in Okrika.

The senior lawyer later accused the police officer of dancing openly after the election was rigged in favour of the PDP.

Mr. Akubue has a long history of service in Rivers State. He was one of the strike force stationed in Ogoni land during the pacification of Ogoni land and the ill famous murder of the Ogoni 13. He also worked as second in command to Godwin Obielum, the controversial SOS commander who later ran for governor of Delta state under the People’s Democratic Party ( PDP).

The tribunal also took evidence from another officer, CSP Uche Mike Chukwuma who was in Ahoada East Local Government Area of Rivers State during the election.

Like Akubue, Chukwuma who came to the tribunal without clearing with the police high command also refused to read from INEC documents that countered his claim about a violence-free election. He lied on oath when he claimed that he saw accreditation taking place at 8am when INEC report showed that there was no accreditation and voting.

But Chukwuma drew some attention to himself at the point it became known to many in court that he was actually the police officer who led the people that shot tear gas at Senator Magnus Abe during APC rally on 12 January, 2014.