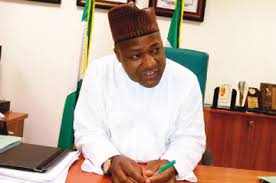 By Nuel Suji – The House of Representatives has ordered an investigation into the circumstances surrounding the alleged $17 billion of fuel exports that are unaccounted for.

Rep. Agbonayinma, argued that missing products include about 58 million barrels of oil and 727,000 metric tons of LNG, he said.

According to him, the claim is based on comparing data on U.S. oil imports with those of Nigerian oil exports.

“As at today, the country has to its credit over $17 billion of recoverable shortfalls from undeclared crude-oil exports to global destinations,” Agbonayinma said.

More than $12 billion worth of crude has been shipped to the U.S., $3 billion to China and almost $840 million to Norway, while the LNG allegedly stolen was estimated at more than $461 million.

Speaker of the House, Yakubu Dogara ruled that an adhoc committee would be named to carry out the investigation within a time frame.

President Muhammadu Buhari, who came to power in May 2015, has said that “mind-boggling” sums have been stolen from Nigeria’s oil industry. The economy has been battered by falling prices of oil and gas, which account for about 90 percent of exports and the bulk of government revenue. The economy is heading for its first recession this year since 1991, according to the International Monetary Fund.

The Associated Press reported on Sept. 20 that the government is suing several companies for exporting $12.7 billion of oil to the U.S. illegally between 2011 and 2014.