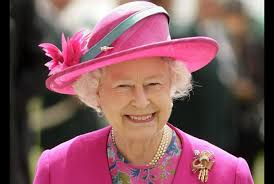 By Dipo Awojobi – A member of  British Royal family, Prince William has answered criticism of his commitment to royal duties, saying he is willing to take on more responsibility when the time comes.

He was speaking in a BBC interview in which he paid tribute to the Queen on the eve of her 90th birthday.

She had been a “guiding example” of what a good monarch should be, he said.

Meanwhile, a picture of the Queen, the Prince of Wales, Prince William and Prince George, for stamps to mark the monarch’s birthday, has been released.

The Queen, accompanied by the Duke of Edinburgh, met staff and viewed an exhibition at Windsor’s Royal Mail delivery office in the first of a series of events to mark her birthday on Thursday.