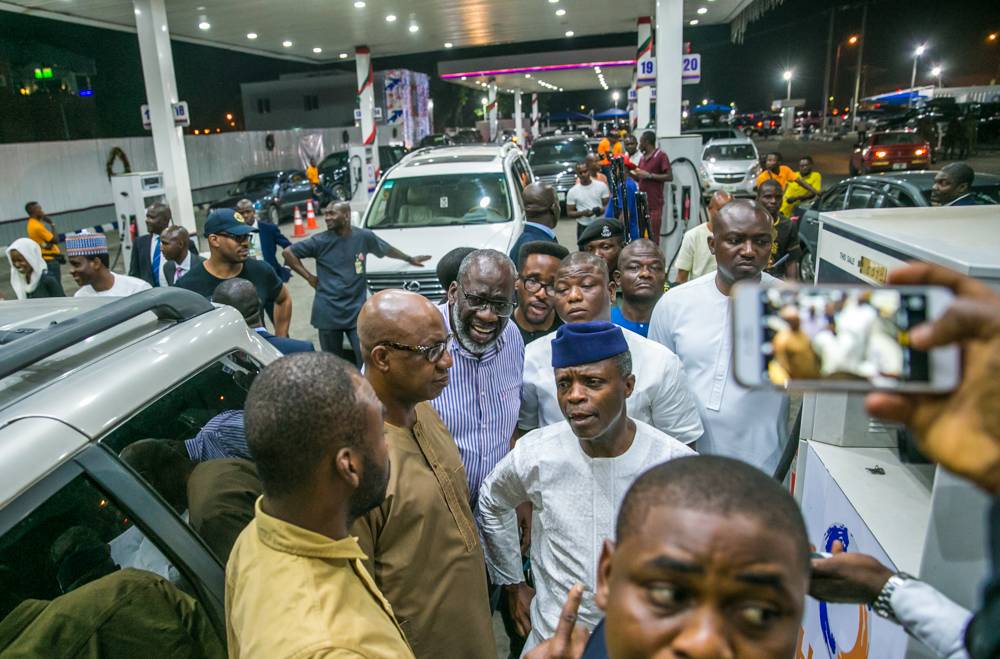 By Nuel Suji – Vice-President Yemi Osinbajo on Monday empathized with Nigerians over the protracted fuel crisis, assuring that the biting fuel scarcity across the country would begin to ease off in a matter of days.

Mr. Osinbajo who expressed deep regret for Nigerian’s inability to celebrate the Christmas in the joyous and cheerful ways they would have otherwise because of the inadequacies in the fuel supply.

“Christmas is a time of cheer, joy, and hope for the coming New Year. Many people would love to be around their families, but regrettably, cannot because of the inadequacies in the fuel supply in different parts of the nation,” the Vice President said in a tweet. 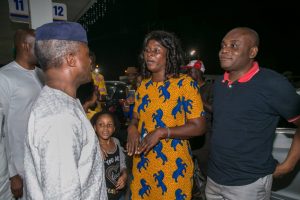 Mr. Osinbajo who made surprise visits to some filling stations in Lagos on Chrismas Day met with some oil markets while assessing the situation.

Although details of the meeting were not revealed, Osinbajo said government would continue to engage marketers to ensure that “this sad episode is not repeated”.

“Held a meeting with the major Oil marketers this morning. Within the next few days, we expect the fuel queues to be eliminated,” Osinbajo tweeted

“We will continue to engage the marketers so this sad episode is not repeated.”

Mr. Osinbajo had earlier paid surprise visits to Oando filling station in Lekki and Hayden Petrol station, Victoria Island, lamenting the effect of the scarcity in a festive period.

“We sympathise with you and are working assiduously to eliminate this pain in the shortest possible time. We regret this inconvenience while assuring that all hands are on deck to return things to normalcy.

“It’s such a shame that Christmas has been, to some extent, with this sort of discomfort,” Osinbajo had said.

“This is deeply regretted, and l know that, despite the resilience and strength of people in Lagos and the Nigerian people, we would see ourselves through this and will enjoy our Christmas and have a great new year.

“We will be able to solve the problem; the short period of scarcity is quite a bit of burden, but we know that so long as products are enough and the trucks coming out and feeding the stations, this will be over very soon.”

The scarcity has been on for over 10 days, with many passing the night at filling stations just to get fuel.

Government has blamed the situation on marketers, while marketers also held the government responsible for the shortcoming.