By Sadiq Umar, Abuja – The Council of States Wednesday confirmed appointment of Mahmud Yakubu as the substanstive Chairman of the Independent National Electoral Commission (INEC). 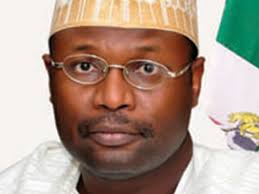 The Council made the confirmation at its emergency meeting at the Presidential Villa, Abuja on Wednesday.

Governor of Sokoto State, Aminu Tambuwal, who briefed the State House correspondents, after the meeting said President Muhammadu Buhari’s appointment of Professor Yakubu as the new INEC boss was in line with the relevant provisions of the 1999 Constitution and in consultation with the body.

He added that the INEC Acting Chairman, Amina Zakari, returned to her former position as a Federal Commissioner representing the North-West Nigeria.

Mahmud now replaced Zakari whose earlier appointment as acting INEC Chairman was trailed by protest and criticisms, especially from the opposition Peoples Democratic Party (PDP), which accused President Buhari of appointing his relative and a card-carrying member of the ruling All Progressives Congress (APC) as INEC Boss.

The Wednesday Council of State meeting was the first to be presided over by President Buhari since his swearing in last May.

According to Tambuwal, the Council in addition, approved the appointment of five new national commissioners for the electoral body.

Others are: Soyebi Adedeji Solomon, southwest and Mohammed Mustafa Lecky from the South-South.

Professor Yakubu, is a Professor of Political History and International Studies, as well as a former Executive Secretary of the Tertiary Education Trust Fund.