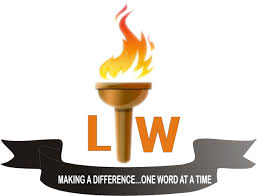 By Collins Ogonnaya ARIKOR
In any jurisdiction during the course of a criminal trial, an accused person may claim that a certain set of facts or events happened which ought to exonerate him from criminal liability. Such an eventuality
would naturally negate the criminal act or intent of the accused. And such eventualities are called defences.

The law is very much settled that any defence to which an accused person is, on the evidence entitled to, should be considered for what it is worth however stupid or unreasonable it might appear to the court. [1] In Bozin v.The State,[2] the Supreme Court reiterated that it is an essential principle in all criminal
trials tha ta defence however fanciful, stupid or doubtful it seems to the trial court is deserving and worthy of consideration.

Defences in criminal law historically developed as they arise in any trial scenario. In 16 and 17 century England, a conviction for murder carried the penalty of death. But the need for lesser offences arose with it such condition. At that time, it was sociallyaccepted norm for a man to respond to an insult or threat to his honour or dignity with controlled violence. [3] Looking into the criminal code, particularly Part 5 of the criminal code, one could see the law trying to identify and recognise such defences by the use of technical phrases like, “it is lawful to kill in self-defence,” “it shall be a defence if done against his will.”

Section 318 of the Criminal Code Act[8] provides that if a person kills another in the heat of passion caused by grave and sudden provocation, and before there is time for his passion to cool, he is guilty not of murder but of manslaughter. The defence of provocation basically sets out to exonerate an accused of liability. If
successfully proved in a charge of murder, it could reduce the charge to a manslaughter which would only require a lesser punishment for the accused. It is important to note that the defence could also be raised
in other instances of assault falling short of death of the victim. That is to say, in cases of assault falling short of death, where the accused is able to sustain a defence of provocation, he would be entitled to an acquittal, which then in effect makes provocation an absolute defence.

In some common law jurisdictions such as the UK, Canada, and several Australian states, the defence of provocation is only available against a charge of murder, and it only acts to reduce the conviction to manslaughter. This is known as ‘voluntary manslaughter’, which basically is considered to be of a more serious nature than manslaughter itself, technically referred to as involuntary manslaughter.[9] In Nigeria however, from the wording of section 318 of the Criminal Code Act, it is highly possible to submit that the
defence of provocation could be raised in other cases than charges of murder. For instance, in a charge for assault occasioning bodily harm, [10] or even serious assault,[11] the accused can raise provocation as
a defence. And in such instance, the accused person is totally absolved of criminal liability whatsoever.

In Shande v. The State,[12] the facts of which would be discussed shortly, the Supreme Court appeared to have jettisoned the laid down principle of law that a successful defence of provocation in a murder
charge reduces the offence of murder to manslaughter when it discharged and acquitted the accused person who was charged with murder, but whom on appeal to the Supreme Court raised the defence of
provocation for the first time. Could that be said to be the case?