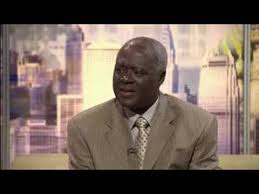 The Presidency has announced the appointment two new special advisers and directors general for the Nigerian Television Authority, Federal Radio Corporation of Nigeria as well as the News Agency of Nigeria.

Former Special Adviser to the president on media and public affairs, Mr. Ima Niboro, is the new DG of the News Agency of Nigeria NAN.

The presidency also confirmed the appointment of former Chief of Army Staff, Gen. Martin Luther Agwai as the new chairman of the Subsidy Reinvestment Program (SURE-P), while Mrs Tanwa Olusi was named as his deputy.

Senior Special Adviser to the president on media affairs,Dr. Reuben Abati who made the announcement in a tweet said:

In furtherance of efforts to continually strengthen his administration on all fronts, President Goodluck Ebele Jonathan has approved the following appointments to fill existing vacancies:

Gen. Martin Agwai (rtd.) was until now the Deputy Chairman and Acting Chairman of SURE-P while Mrs. Njeze is the current Nigerian Ambassador to Switzerland.

All the appointments are with immediate effect.