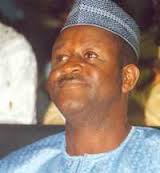 The Independent National Electoral Commission (INEC) has announced the cancellation of the Saturday, October 11, 2014  bye-election slated to hold in Adamawa state.

INEC’s decision is sequel to Wednesday court ruling which ordered the swearing of Mr. Bala Ngilari, a former deputy governor as substantive governor of the state following the impeachment of Governor Murtala Nyako last July.

The ruling by Justice Adeniyi Ademola of an Abuja Federal High Court sacked the former State Acting Governor, Ahmadu Finitiri and ordered immediate swearing in of the former Deputy Governor, Ngilari due to what was described as illegality of his (Ngilari) resignation on July 15, 2014, ahead of impeachment by the state House of Assembly of his former boss and former Governor, Muritala Nyako.

INEC, in a press statement Wednesday announced the suspension of all preparations for the conduct of the governorship bye-election in Adamawa State, which was scheduled to hold on Saturday, October 11, 2014, in compliance to the court ruling.

In the same vein, the electoral body had earlier informed after the ruling in Abuja that its bye election stakeholders meeting scheduled to hold before Saturday has been cancelled.

In the meantime, the newly sworn in Governor, Ngilari has described his victory in the court as a divine intervention. He promised to work harmoniously with all stakeholders to move the state forward.

Ngilari’s Lawyer, Festus Keyamo described the action of the former Acting Governor, Finitiri and his co-legislators as “constitutional coup,” stressing that the resignation of his client (Ngilari) was null and void, saying his position was justified in the court when his former boss, Nyako testified that he never received any letter of resignation from him  before he was impeached.

Keyamo had also written to the Attorney General of the Federation and Minister of Justice, Mohammed Adoke, to direct total compliance to the court ruling.

Adoke told journalists in Abuja that he had directed compliance to the court ruling.

Similarly, the ruling PDP has directed its members in Adamawa to accept the court judgement and cooperate with the new Governor and his administration. The party made the directive in a statement issued by its National Publicity Secretary, Olisa Metuh in Abuja Wednesday, after its National Working Committee (NWC) meeting.