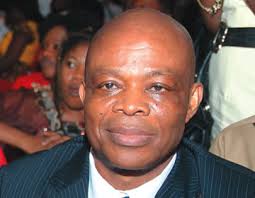 The acting Inspector-General of Police, Mr. Suleiman Abba, has ordered the immediate investigation into the death of the Vice Chairman of the SUN newspapers Mr. Dimgba Igwe, assuring that the Police will leave no stone unturned in their investigation towards unraveling the circumstances surrounding the late Dimgba’s death.

Abba, who condoled with the immediate family of the deceased journalist, the Sun Newspapers and the entire nation over the death last Saturday in Lagos, described late Igwe as “irrepressible, versatile and courageous journalist of note.

In a statement by the Force Public Relations Officer, Emmanuel Ojukwu, said “the IGP expressed deep regrets over the death of the Journalist, who until his death was the Vice Chairman of the Sun Newspapers.

“He noted that Dimgba’s death is regrettably coming at a time when his highly cerebral ideas and ingenuity are very much needed in the Country.

“Meanwhile, the IGP has ordered the immediate and thorough investigation into the death of the late journalist, assuring that the Police will leave no stone un-turned in their investigation towards unraveling the circumstances surrounding the late Dimgba’s death.

Meanwhile, the acting IGP has announced the deployment of 21 new state Commissioners to take charge of the state commands.

The announcement followed the recommendation and approval by the Police Service Commission.

A statement by the Force Public Relations Officer, Emmanuel Ojukwu, said the deployment is in line with the determination and drive of the IGP to reposition the Nigeria Police Force for improved service delivery.

The CPs and their commands are as follows: