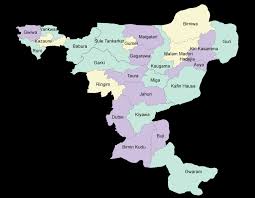 By Nuel Suji – A solar energy firm, Nova Scotia has signed a deal to produce 200,000megawatt per year of electricity to help Nigeria increase its generation capacity.

The investment in solar energy plant is estimated at $150 million, a production of 200,000 MWh of electricity per year and 120,000 tons of CO2 emissions avoided annually.

The Nova Scotia Power plant is located in Dutse in the Northern Nigerian state of Jigawa.

According to the statement, “the project has the potential to significantly contribute to the plan of the authorities of the State of Jigawa to attract $2 billion of investments into Jigawa and implement Nigerian President Muhammadu Buhari’s plans to provide jobs and economic opportunities especially for the nation’s youth.”

The signing ceremony of the JDA was held in the presence of the visiting Norwegian Foreign Minister  Børge Brende, Deputy Governor of Jigawa State, Barrister Ibrahim Hassan Hadejia, as well as officials from the Nigerian Bulk Electricity Trading among others.

“New local power generation capacity is a key element to attract sizeable investment into the State and region, especially into new industries such as light manufacturing and agricultural processing” said the Deputy Governor.

In his remark, the Executive Vice President of Scatec Solar, Terie Pilskog said “the formation of this consortium is a strong symbol of the Norwegian and Nigerian commitment to invest in clean energy in Nigeria. With the Government of Norway taking a direct investment role through Norfund, significant regional and Nigerian ownership through Africa50, and the track-record of Scatec Solar, this offers one of the most solid partnerships for solar PV projects globally.”

President of the African Development Bank (AfDB) and Chairman of Africa50’s Board of Directors, Dr. Akinwunmi Adesina expressed delight at the signing of the deal.

“I am pleased that Africa50 is already making its first investment, which fits in squarely with our priority to light up and power Africa,” Adesina said.

Africa50 has been created by African governments, including Nigeria, the African Development Bank and institutional investors to mobilize private sector for funding infrastructure projects in Africa.

CEO of Africa50, Alain Ebobisse remarked that “Access to reliable energy is one of the most critical needs in Africa, including in Nigeria, where it is a government priority. I look forward to deepening the relationship with the authorities of Nigeria, one of our key shareholder countries, and to supporting more projects in this and other infrastructure sectors.”

Apart from the three equity investors, the American Overseas Private Investment Corporation (OPIC), Islamic Development Bank and the African Development Bank are expected to be senior debt providers for the project. International Finance institutions say the key to successful investment is the Nigerian state’s issue of project documents that provides necessary investor confidence and the formulation of a clear roadmap to sustainability in the energy sector.

In July, the Nova Scotia project signed a 20-year PPA with Nigerian Bulk Electricity Trading (NBET). Located on 200 hectares of land, the project has strong fundamentals with high solar resources and direct access to the transmission grid through a simple connection route. The consortium will continue to work with CDIL, a Canadian renewable energy development company focused on Africa, and BPS, a Nigerian strategic consulting, to move the project from “pipeline” and achieve financial close in 2017 and commercial operations in 2018.

Nigeria is Africa’s largest and the world’s 26th biggest economy. With Nigeria’s per capita electricity consumption at 155 kwh, one of the lowest in the world, there is a huge need to increase power production in order to expand and diversify the Nigerian economy.