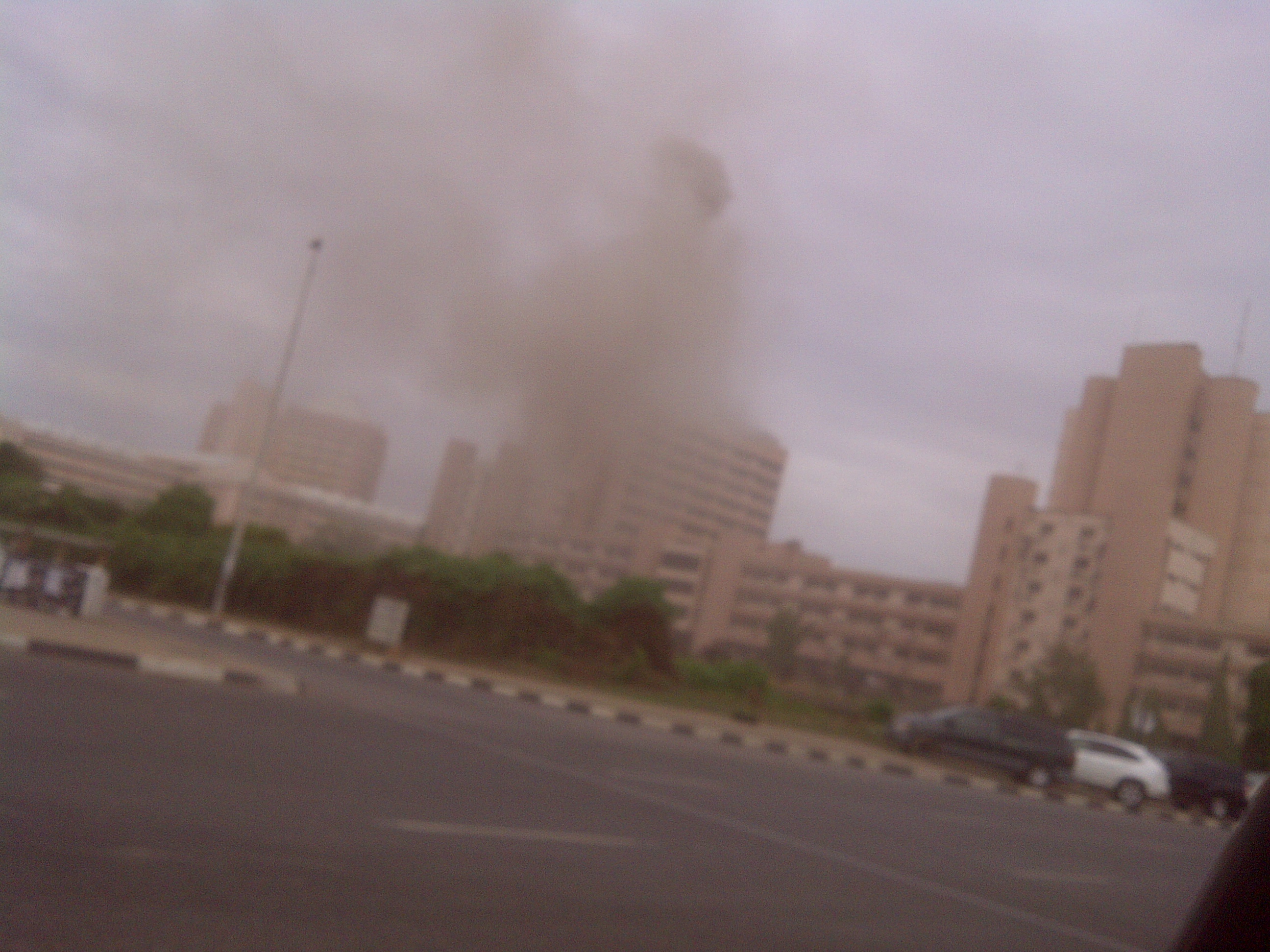 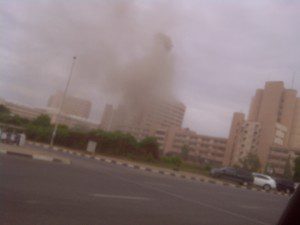 The fire started from the section of the complex occupied by the Federal Ministry of Education and fire fighters are battling to save the inferno from spreading to adjourning buildings.

The fire, witnesses said, began at the sixth floor of the building and is believed to have affected the seventh and eighth floors.

The cause of the fire is unknown as at press time, as thick smoke, billowing into the sky, has engulfed the building and surrounding ones.

Workers in the building were seen scampering for safety while a number of staff and visitors are believed to be trapped in the complex.

Fire fighters arrived the scene minutes after the fire started and are battling to put out the fire.

The firemen are however said to be scrambling for ladders to climb up to the top floors where the fire began, just as some workers at the complex said the fire equipments at the building were not functional, hampering efforts to extinguish the fire.

“All the fire extinguishers in the building have expired,” one official said, adding “That could have been used to extinguish the fire at it first started. But they didn’t work.”