By Nuel Suji – Crisis is brewing at the Federal Polytechnic, Ile-Oluji in Ondo state over an alleged move by the Rector, Emmanuel Adedayo Fasakin to circumvent rules in a bid to renew his tenure.

Mr. Fasakin, a professor of Fisheries, who was appointed pioneer Rector of the polytechnic in March 12, 2015 is bidding for a term renewal of additional four years but staff are kicking.

Their grouse is that the rector is left with two year to his retirement age. Some are also alleging that the school has not witness the expected turnaround since its take-off in 2015.

Mr. Fasakin, who was working at the Federal University of Technology, Akure, was appointed Rector during the Goodluck Jonathan administration via a letter reference HME/FME/41/X1/98 and signed by the then minister of Education, Ibrahim Shekarau for a first tenure of four year. 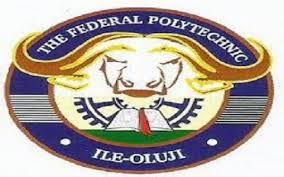 The appointment letter read in part: “As a pioneer Rector, it is hoped that you will bring your wealth of experience to bear for the successful take-off and growth of the new institution.”

Some top hierarchy official appear not pleased with the Rector’s record of performance so far, alleging that the “growth of the new institution under his leadership has been uninspiring.” However, he is seeking a renewal of tenure of office having served his first full tenure March 2018.

According to a source who spoke to News Investigators, on a condition of anonymity because he was “not authorized to speak to Press on the brewing crisis”, Mr. Fasakin called the meeting of the governing board to intimate them of the end of his tenure as required by law and proposed for a second term tenure sometimes last month.

“The council critically discussed his proposal and threw out the proposal on the premise that he did not fulfill the age requirement as he will be 63years come March 1st 2019.

“The following day, he went to Abuja together with the Council Chairman for two weeks to lobby a renewal, we learnt he managed to penetrate the ministry of Education, but we are not sure if the minister is actually aware of the true situation of things,” the source revealed.

“Another emergency meeting of council was held sometimes last week to reconsider the second term tenure of the Rector and was ratified by the Council defying the Federal government rule of mandatory age of 65years as he will be 67years if allowed for second term,” the source added.

According to our source, “Mr. Fasakin will be two-year in office when he would have clocked the mandatory 65 years retirement age if considered for reappointment.

“Circumventing this rule is brewing anarchy in a virgin institution like this and can set a bad example for other Polytechnics in Nigeria. This is also a serious signal of disrepute to the government of Nigeria. The mind of the people is heated up and the environment is watching and looking towards a collapse and showdown.

The crisis in the hierarchy of the polytechnic, if not well managed, may soon blow into full scale labour action with parties in the conflict strategizing for staffers support.

However, the Public Relations Officer (PRO) of the school, Sanmi John Enigbokan, said the staff are happy with the Rector.

According to him, “the staff are not kicking against the renewal of his tenure. The Council has approved the renewal and everyone is happy because he is a performing rector.”