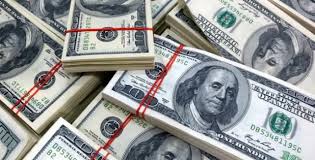 By Sadiq Umar – The Central Bank of Nigeria (CBN) has released the sum of $90 million to meet requests for invisibles such as BTA/PTA, medical and school fees. The Bank, has also offered a total of $150 million to authorized FOREX dealers in the interbank wholesale auction window.

Acting Director, Corporate Communications, Isaac Okorafor confirmed that the CBN had adjusted BDC sale days to Tuesdays only to reduce logistical difficulties. He added that henceforth the apex Bank would sell $10,000 only to low-end forex dealers once a week.

PR Nigeria, a news agency quoted Okorafor as saying that in a bid to further ease the access of customers, the CBN has also directed all banks to pay cash over the counter to desiring foreign exchange customers.

While urging the banks to oblige the genuine requests of customers, the spokesman advised customers to report any un-cooperating bank to the CBN through available platforms.

It will be recalled that the CBN in the recent months has made offers and releases to the inter-bank foreign exchange market in its bid to sustain forex rule supply to different categories of users.

Meanwhile, the CBN spokesman expressed optimism that the sum of $150 million offered to authorized FOREX dealers in the interbank wholesale window to meet the requests of genuine wholesale customers would be fully subscribed at the auction as was the case at the last auction on March 28, 2017.

Meanwhile CBN has put in mechanism for monitoring and sanctioning banks and bureau de change that engage unwholesome practices and the hoarding of foreign currencies. Some customers seeking to buy forex for BTA, PTA, medical and school fees are being frustrated by some banks with the false claim that the CBN is not allocating enough forex to them for BTA, PTA, Tuition and Medical fees.

The Central bank has insisted that all banks have more than enough stock of forex in their possession for the purpose of meeting genuine customers’ demand. On a weekly basis, the CBN has been selling at least $80m to banks for onward sale to their customers for these invisible items.

Members of the public seeking to buy forex for have been advised to go to their banks and obtain their forex.

The apex bank urged legitimate customers to insist on the current prescribed rate of the foreign exchange.

“Any customer who is not attended to within 24 hours for BTA/PTA or 48 hours for tuition and medical fees should call 07002255226 or send an email to cpd@cbn.gov.ng, with the name and branch of the non-cooperating bank,” Mr. Okorafor added.