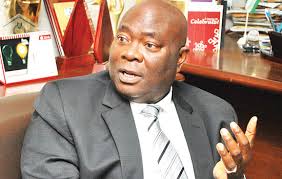 By Sadiq Umar – The Federal Government has fired the Director-General of the Nigerian Television Authourity, Sola Omole, and five others under the Ministry of Information and Culture.

Mohammed directed the disengaged Chief Executives to hand over to the most senior officials in their various establishments.

A statement by his Special Adviser on Media, Segun Adeyemi, said the minister thanked the former D.Gs for their service to the nation and wished them the best of luck in their future endeavours.