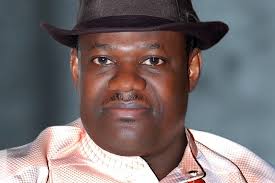 By Nuel Suji, Abuja.
The All Progressive Congress (APC) in Andoni, home town of Engineer Tele Ikuru, Rivers State Deputy Governor has described his defection to PDP as a mere scratch on the surface of the towering popularity of APC in the State from the ward to the State.

Speaking to Newsmen in PortHarcourt on Sunday, a leader of the Party in Andoni Local Government, Hon Esuku Esuku, described Tele Ikuru as an appendage of Prince Uchewaju Secondus whom he accused of being a mole in the system all these years.

Esuku Esuku said that the defection of Tele Ikuru was long expected since after he failed to secure the governorship ticket on the platform of the APC.

The APC in Andoni said that both Tele Ikuru and his uncle Prince Uchewaji Secondus have never returned to Andoni on election day as they remain in Port Harcourt to write results.

“This is the first time that election results will be determined by actual followership as the electorate will be expected to cast their votes using their PVC under the card reader system,” Esuku said.

Mr Esuku believes that Tele Ikuru’s defection is to save him from the embarrassment he will receive confronting his uncle Prince Uchewaji Secondus on Election Day since their plan to secure the APC Governorship ticket did not materialise.