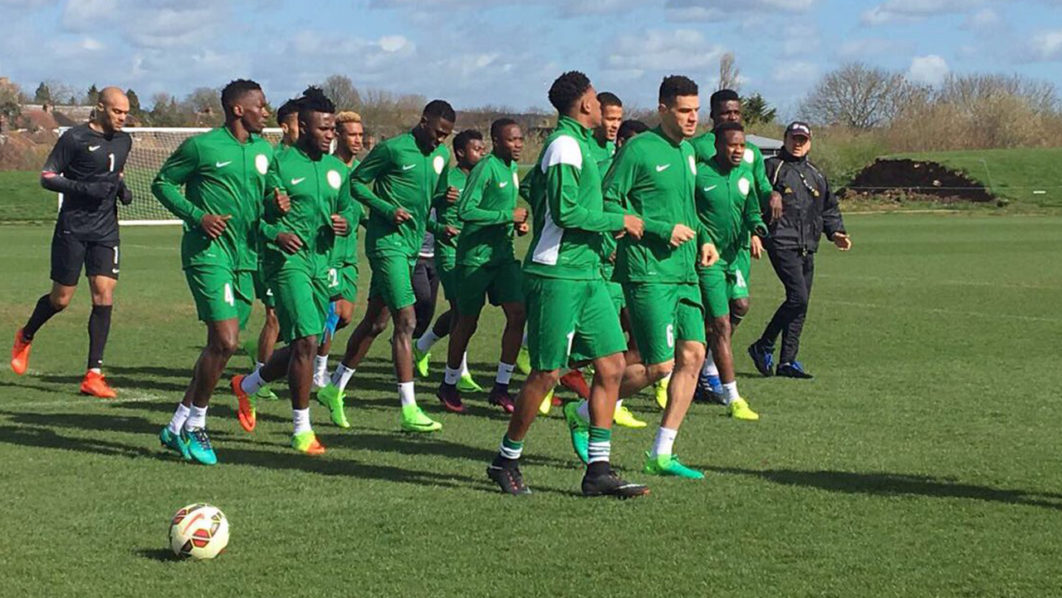 News Investigators/ The Super Eagles on Tuesday in Benin had their first training session in the last leg of preparations for their Africa Cup of Nations (AFCON) qualifying matches against Sierra Leone.

The News Agency of Nigeria (NAN) reports that 16 of the 23 invited players took part in the training.

Napoli forward Victor Osimhen was however missing from the training, even though it was earlier confirmed he had arrived at the team’s camp.

Amaju Pinnick, the President of Nigeria Football Federation (NFF), had earlier on Tuesday confirmed Osimhen’s arrival, adding that he initially had some flight challenges.

“Osimhen called me two days ago complaining that an airline could not carry him because of XYZ.. and asked if he could get another ticket and I said ‘we are going to get a ticket for you’ and I am happy he has arrived.

“So, you can see the commitment of the young players to this country,” he said.

NAN reports that Chidozie Awaziem, Kelechi Iheanacho and Emmanuel Dennis were among the latest set of arrivals in the Benin City camp of the Super Eagles.

Joe Aribo and Leon Balogun who both play for the Scottish side Rangers are also in.

Also In camp are goalkeepers Maduka Okoye, Sebastian Osigwe and Ikechukwu Ezenwa who was called up as a late replacement for Daniel Akpeyi.

The other players invited by coach Gernot Rohr and already in town are Kevin Akpoguma, Zaidu Sanusi, Tyronne Ebuehi, and Oghenekaro Etebo..

Etebo is returning to the team after missing the two friendly games against Tunisia and Algeria in October.

The Super Eagles take on the Leone Stars at the Samuel Ogbemudia Stadium in Benin City on Friday before heading to Freetown for the return game on Tuesday at the Siaka Stevens Stadium.(NAN)