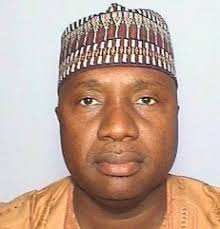 By Tom Garba, Yola – The Adamawa State Executive Council on Wednesday approved the sum of N1.10 Billion for constituency development projects for 2016.

Mr Ahmed Sajoh, Commissioner for Information made this known while briefing newsmen after the state executive council meeting in Yola.

Sajoh said that the funds would be distributed through the 25 members of the state house of assembly for the empowerment and wealth creation of their constituencies.

He said that the funds would go a long way in supplementing government’s efforts in providing basic infrastructure to rural communities.

The commissioner further said that the council has also approved N270 Million for the purchase of three water drilling machines for the provision of portable water in the state.

He said that the administration was projecting 2017 for all communities in the state to have adequate portable water supply.

According to him, by 2017, all communities in the state will be provided with portable water.
Sajoh said that the council also approved N172 Million as payment for the renewal of mining license for the state.

He said that the license expired since 2010, adding that upon the payment, full mining activities would commence in the state.

According to him, our challenge has been the renewal of the license; investors are already waiting to commence mining of barite.

Sajoh noted that barite was one of the important elements used in petroleum drilling.

“The mining of the element would generate employment of 3000 youths at the barite sites,with the mining of barite, the state was targeting to be a beneficiary of the 13 per cent derivation formula for solid mineral producing states”.he said

The governments spokesperson said the council had also constituted a committee for the distribution of tricycles to the seven insurgency affected local government areas.

Ahmed also said that the council has constituted a seven man committee comprising of commissioners from the insurgency affected local governments for the distribution of the items.

He further explained that the directives were for the items to be distributed to only local governments affected by the insurgency.