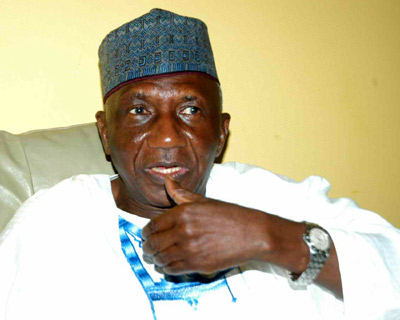 The Nigerian High Commissioner to the UK Dr. Dalhatu Tafida, has commended the British Government for cancelling the 3000 pounds visa bond policy intended for applicants from countries it described as “high risk countries.”

The scheme scheduled for implementation in November by the UK Home Office, would have affected Nigeria, Ghana, Pakistan and India, among others.

Agency reports quoted Tafida as saying that the halt in the scheme was a step in the right direction which would further boost bilateral ties between Nigeria and Britain.

Under the scheme, each visa applicant are to pay 3000 pounds cash bond before arrival in the UK which would be forfeited should the applicant failed to make the return trip.

The scheme was meant to reduce the number of people from the so-called high risk countries staying in the UK once their short term visa had expired.

A community based publisher, Mr. Kunle Aderemi described the move as a welcome development, noting that such gesture would help to further promote better cooperation between the UK government and the countries concerned.”

Mr Bimbo Folayan, the Chairman of the Central Association of Nigerians in the UK (CANUK), also lauded the British government for abandoning the policy.

“We are indeed very happy by the decision to stop the scheme. We made our position known during consultation,” she was quoted as saying.

“It is the best decision ever. On our part, we will continue to encourage Nigerians here to regularise their papers so that they can legitimise their stay,” he added.

He said that CANUK would continue to sensitise Nigerians to desist from seeking greener pastures.

It would be recalled that the visa bond policy generated angry reactions in the so called high risk nations including Nigeria when it was announced in June this year by Mrs Theresa May, the Home Secretary.