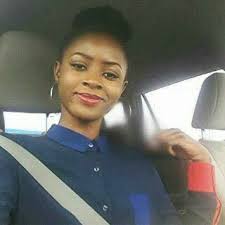 By Alaba Ajibade – The University of Lagos (UNILAG) students Wednesday took to streets around Akoka and its environs, in protest against the death of their colleague, Oluchi Anekwe who was electrocuted on campus Tuesday night.

Anekwe who was a 300 level student of Accounting department, died after a live electric cable fell off from the pole on her.

The students were more enraged as they narrated the late student, said to be of first class grade, did not get support from the school’s security men, as well as denied admission at the institution’s medical centre, as the staff on duty demanded for her Identification card, before she could be attended to.

UNILAG Vice Chancellor, Professor Abdul Rahman Bello, while reacting to the unfortunate incident, explained that the pole did not belong to the school and the fallen cable did not supply electricity to the campus, but adjourning areas, such as Onike and Iwaya.

The Policemen from Bariga and Sabo Yaba Police Stations occupied the main entrances – the Akoka and Iwaya ends, of the institution, so as to check break down of law and order.